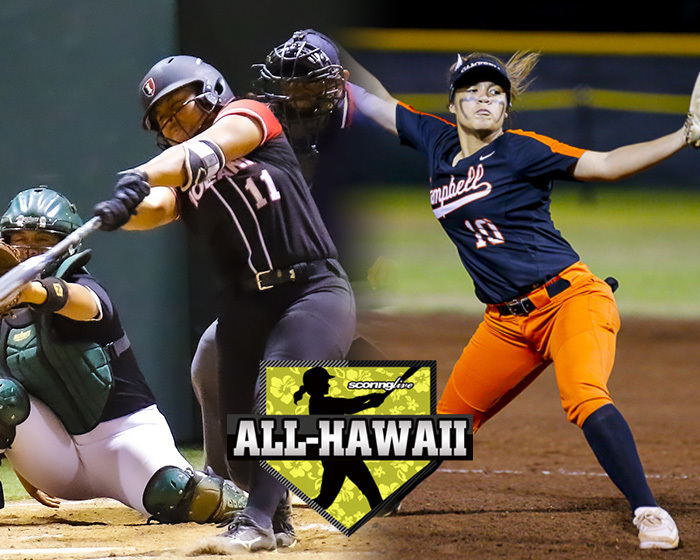 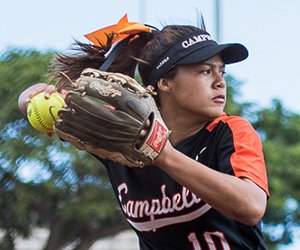 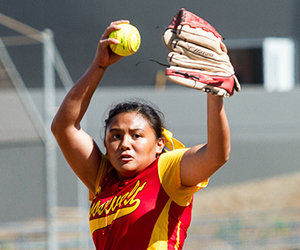 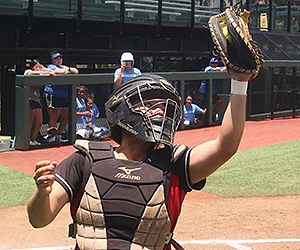 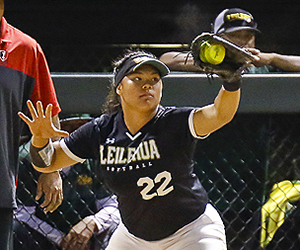 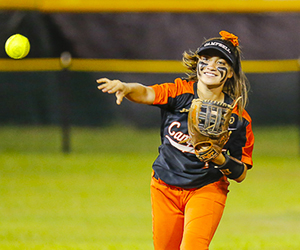 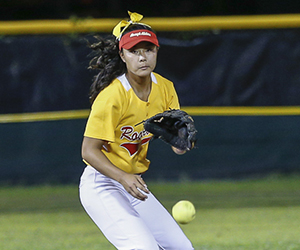 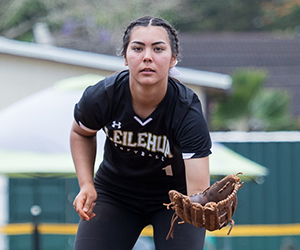 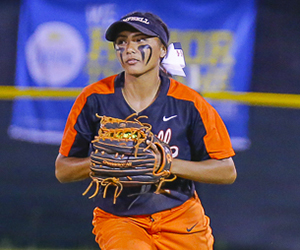 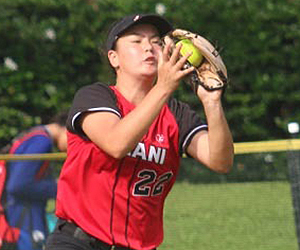 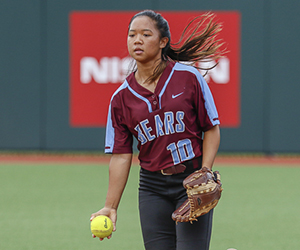 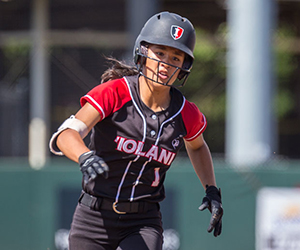 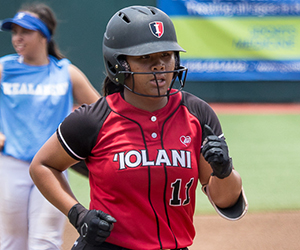 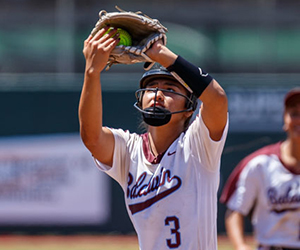 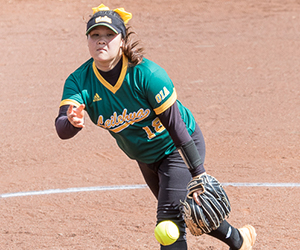 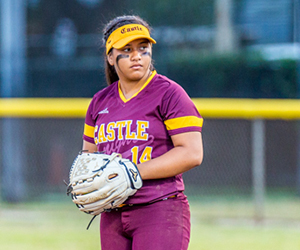 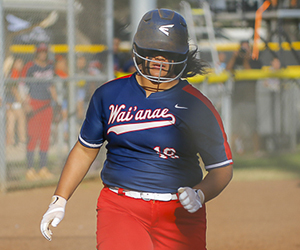 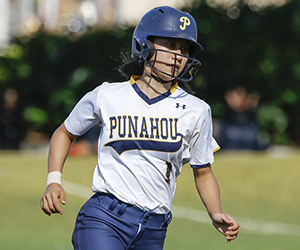 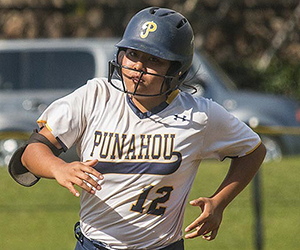 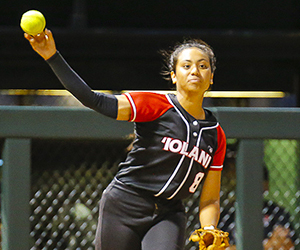 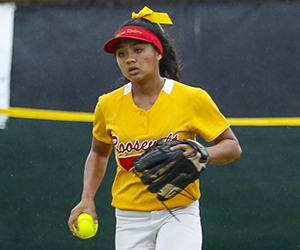 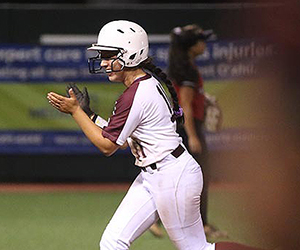 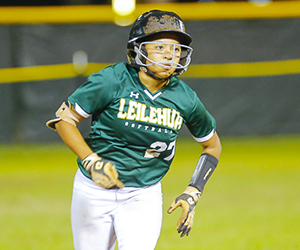 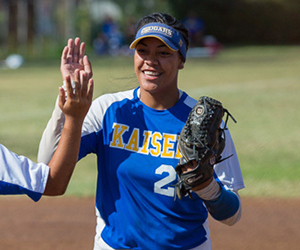 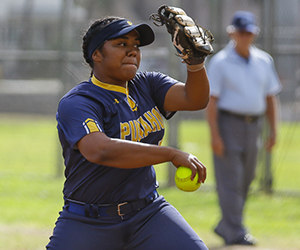 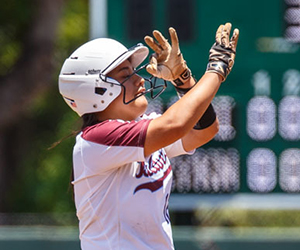 Positional Player of the Year: Aleia Agbayani, Iolani, P/CF/1B, Sr.
All the Raiders' pitcher/center fielder did was win the state triple crown — .636 batting average, 16 home runs, 56 RBIs (Maui's Haley Gomes shows a .647 batting average, but she does not qualify for the batting title because she lacks the minimum plate appearances based on her team's games played). Agbayani also led the state with 49 runs scored, was tied for fifth with nine doubles, was tied for third with three triples and was tied for second (with her sister Ailana) with 14 stolen bases.

And when she was not tormenting pitchers from the batter's box, the recent Iolani graduate was taking care of batters from the pitching circle. She posted a 7-3 record with a respectable 3.98 earned run average in the heavy-hitting Interscholastic League of Honolulu. Of the top 10 ILH pitchers by innings pitched, Agbayani was one of three to have more strikeouts than walks; her sister Ailana was one of them, as well as Mid-Pacific's Lea Hanawahine.

For Agbayani, it meant spending summers away from home to compete on the mainland.

"Every season, her focus was on the game and preparing herself for summer ball because that's where she knew it counted the most," said Iolani coach and father Benny Agbayani in an email. "Summer ball has tremendously helped her. It is a very big key to her success as a player. Being able to play in the top organization, for some of the top coaches and against the top girls in her age brackets has only helped her. Though she had to give up all her summers it has helped grow up as a person."

The sacrifices Aleia made has paid off. She will continue her softball career at the University of California-Berkeley.

Pitcher of the Year: Nadia Delzer, Campbell, P, Sr.
The recent Campbell graduate had not logged a single inning of pitching her previous two seasons on the varsity. As a sophomore and junior, she was primarily a pinch runner and scored 16 runs. She did not get to officially bat until this season; she went 2 for 6, with both hits being triples.

Delzer registered a 9-1 record with a 3.85 ERA. She had 45 strikeouts to 23 walks in 69 1/3 innings for the Sabers. She went unbeaten in the Oahu Interscholastic Association with seven of her wins coming against the Western Division competition, considered the most competitive around the state with its balance of strong pitching and good hitting. She pitched two complete-game shutouts, beating Kapolei and state runner-up Leilehua.

Delzer's sacrifices were different. Even though she had not played much earlier in her career, she did not let it affect her demeanor.

"(She was) a person that supported her teammates while she waited her time to take the challenge on the pitching (rubber)," Campbell coach Shag Hermosura said.

Delzer followed the lead of two-time Player/Pitcher of the Year Danielle Cervantes, who was known for her rigorous workouts.

"She would run three to six miles every Monday and Thursday," Hermosura said of Delzer. "Tuesday and Wednesday she would do three miles and in between do 10-yard sprints (three sets) and up to 500 to a 1,000 abs on those days."

Delzer also brought a confident presence to the pitching circle.

"(She was an) athlete that was calm but aggressive," Hermosura said. "(She) never was afraid to toe the rubber."

Coach of the Year: Benny Agbayani, Iolani
In his first year as coach of the Raiders, the former Major League Baseball professional player brought Iolani its first state championship since 2000, the same year Agbayani played in the World Series.

The Raiders finished with a 19-5 record that included an Interscholastic League of Honolulu runner-up finish and HHSAA state championship mercy-rule win over defending champ Leilehua.

Agbayani played with three freshmen in the starting lineups.