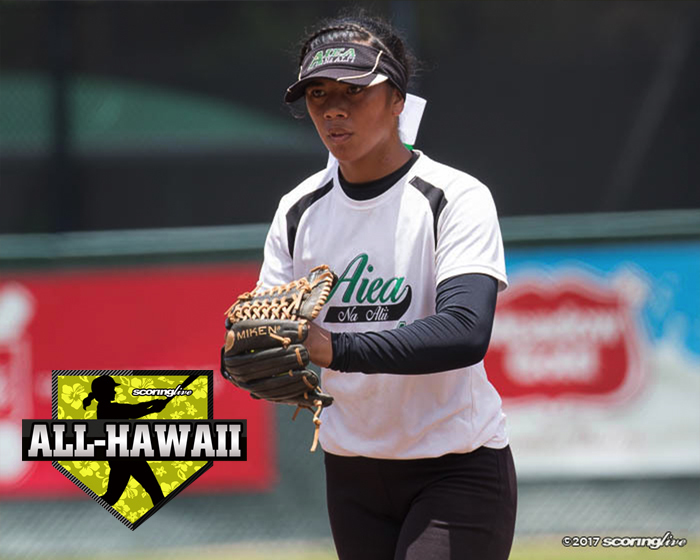 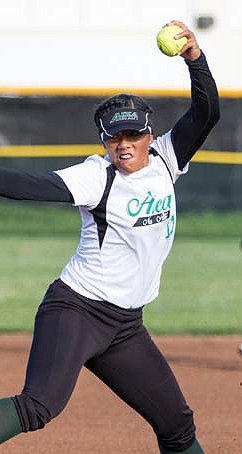 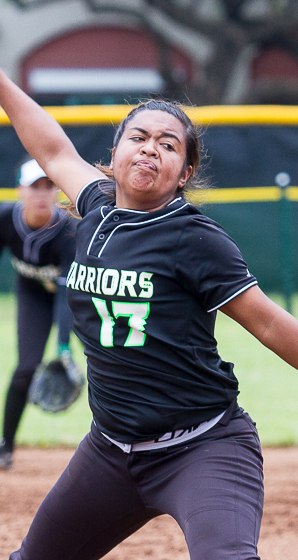 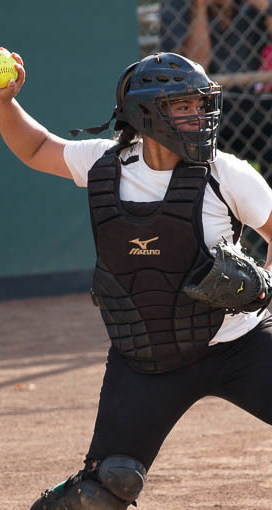 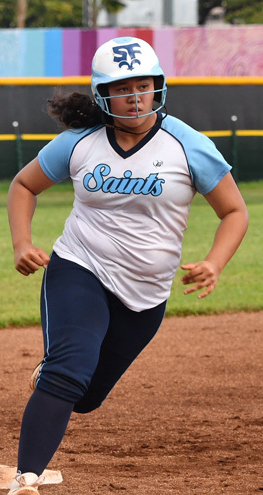 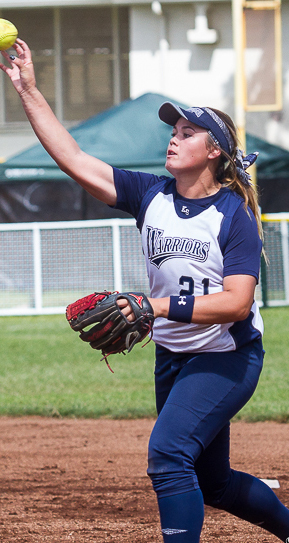 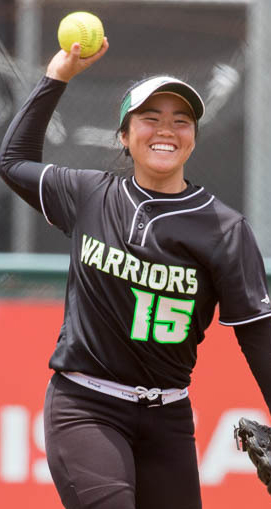 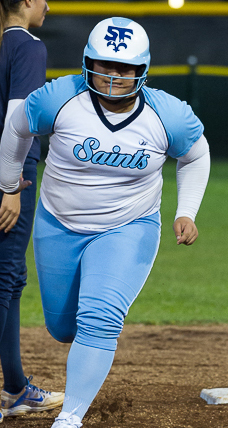 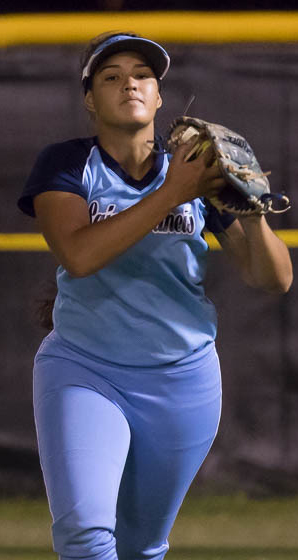 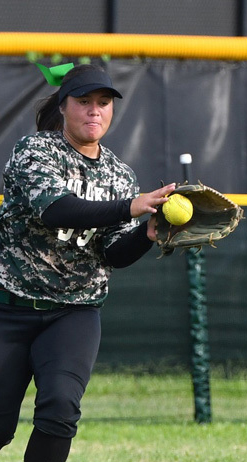 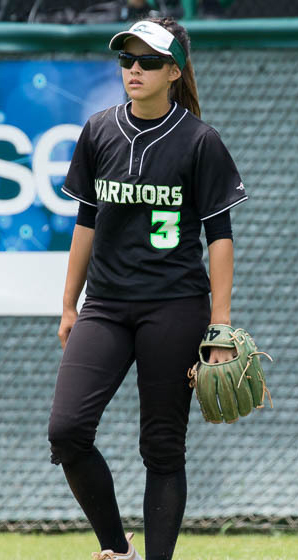 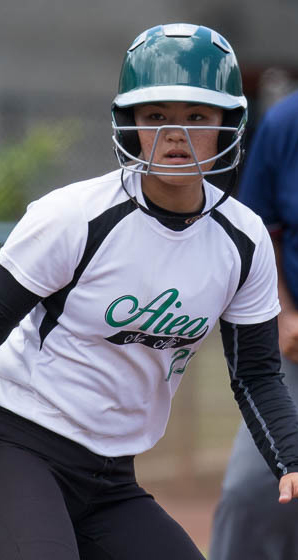 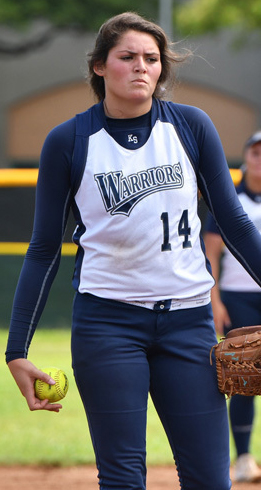 Poamai Tuli's high school career went through a minor setback before ending with a major comeback.

She suffered a knee injury during her junior year, but came back stronger than ever to lead Aiea to a perfect season that culminated in the team's first-ever state title. For her efforts, Tuli was selected as the ScoringLive All-Hawaii Division II Player of the Year.

The left-handed pitcher was essential to Na Alii's championship run. Utilizing a wide range of pitches — which included a wicked change-up — Tuli was able to log a 14-0 record with one save in Aiea's 15-0 season. She also logged 131 strikeouts with an ERA of 0.67 in 73 innings pitched.

"She's grown tremendously as a pitcher after coming in with a lot of raw talent," said Aiea pitching coach Megan Rigos. "In the last few years she really focused on working on her pitches, getting things to groove and being that elevated pitcher."

Tuli displayed her talents early on in her career, earning an All-Hawaii First Team selection as a sophomore, but it was her injury during her junior year that molded her into the dominant player that she is today.

When she was unable to play on the field or work out, Tuli worked on the mental aspect of the game.

"We watched as the other players pitch from the other teams and we analyzed it as preparation for when she would come back," Rigos said. "Since she can't physically work out during that time, we just worked on mental game and becoming more educated as a pitcher."

There weren't many hurdles Tuli had to face during the regular season, but the state tournament gave her opportunities to showcase her composure in high-pressure situations.

In Na Alii's 7-3 quarterfinal win over Kohala, Tuli pitched five innings of no-hit ball and struck out 10 of the 16 batters that she faced before moving to first base to give Aiea's reliever some time in the circle with a 7-1 lead. However, the Cowgirls rallied for two runs in the top of the seventh and had the potential tying run on deck with no outs before Aiea coach Alan Higuchi reinserted Tuli in the circle. She promptly fanned the next three batters to end the threat and the game.

Against Kapaa in the semifinals, a trio of Aiea errors saw Na Alii fall 2-0 after two innings. In spite of her teammates' miscues, Tuli held her own and allowed just one earned run in Aiea's 10-4 semifinal win.

"She's the kind of pitcher now that if things go wrong, instead of falling back, she just really puts more effort into it and really tries to pick herself right back up," said Rigos. "That shows a lot of growth."

Tuli had to endure a similar challenge in Aiea's 4-3 championship game win against Saint Francis. The game featured three lead changes and two ties, but all of the Saints' runs were unearned. Still, Tuli remained steady, giving up just three hits to a Saint Francis team that had double-digit hits in its three state tourney wins.

"I thought she pitched a helluva of a game. I give her a lot of credit going against our lineup because she had to have a lot of stuff working," said Saint Francis coach Randy Langsi. "For us, it could have been one swing of the bat that could change the game, and to her credit, I think she showed her maturity on the mound."

The left-handed pitcher was also a reliable bat in the Aiea lineup. Batting second, Tuli finished the season with an average of 0.592. She also had a solo home run against Saint Francis to give Na Alii their first lead of the game.

Tuli, who was the second Aiea player in three years to be selected as Player of the Year, will continue her softball career at Fullerton (California) Junior College with plans to move on to the university level after two years.

Aiea coach Alan Higuchi was selected as the Division II Coach of the Year honor after guiding Aiea to a undefeated season and the team's first state title. It was the second time in three years that Higuchi was honored with the award.

"I have nothing but respect for him, he's got a great program," said Langsi. "He's done a pretty good job and he deserves it."