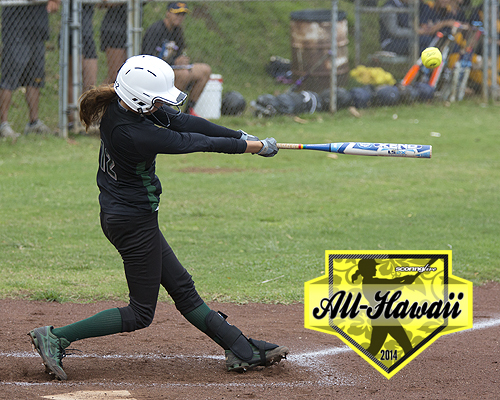 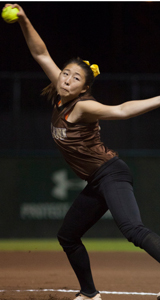 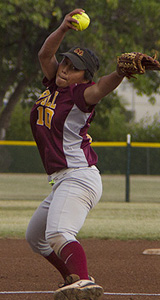 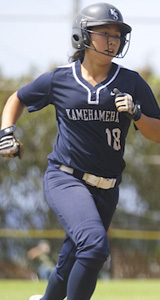 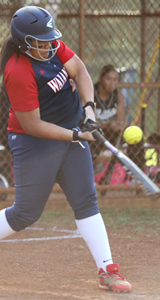 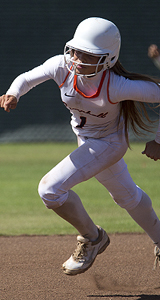 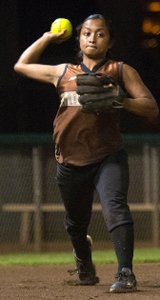 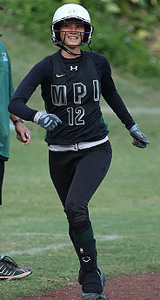 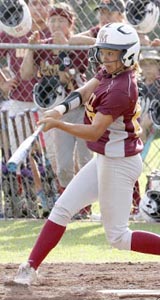 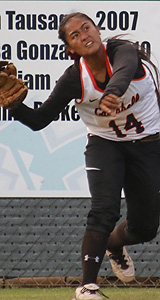 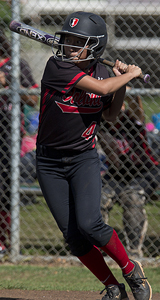 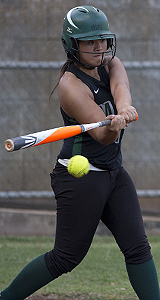 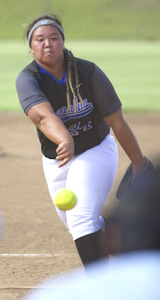 Much as her coach promised it would, Nicole Lopez's patience paid off for her and the Mid-Pacific softball team this season.

Lopez, a junior third baseman for the Owls, was selected by the ScoringLive staff as Player of Year for her prolific offensive performance at the plate and a steady glove at the hot corner.

"At the beginning of the season, we kind of stressed to her to just do what you're capable of doing," Mid-Pacific coach Alan Inaba said. "I told her that there's a lot of help behind her in the lineup and I didn't want her to try and take things into her own hands."

Inaba's words clearly resonated to his No. 3 hitter. Lopez batted a lofty .500 for the season, drove in 25 runs and also led her team in runs scored with 22. Eleven of her hits were of the extra-base variety, including six home runs.

"She's super good," Pearl City coach Keoke Behic said of Lopez. "She has good fundamentally sound defensive skills, she hits the ball to all fields and she's a scrappy player. I enjoy watching her play."

A big part of Lopez's success this year was due to a change in the mental approach she took in plate appearances.

"The year before her goal was to hit .600, so early this season had a talk with her, and told her that hitting for a high average doesn't necessarily mean getting a lot of hits and that if you go up there trying to hit every pitch you see, it will affect your average and she realized that," Inaba said. "She, and the whole team really, worked on hitting balls that we want to hit."

The advice clearly registered with Lopez, who did not strikeout once the entire season and drew 17 walks.

"She was way more patient at the plate and didn't go after pitches outside of the zone and took what other teams gave her," Inaba said. "After a while teams were forced to pitch to her and that's when they got in trouble. She's pretty much the most feared batter in our league. A lot of people didn't want to pitch to her."

Lopez was the catalyst in an Owls' offense that produced 6.6 runs per game and scored double-digit runs four times. She had the benefit of batting behind leadoff hitter Jenna Kumabe and Taylor Ann Oda — a pair of All-Hawaii Honorable Mention selections — and in front of clean-up hitter Lindsey Matoi, a Second Team pick, and Sarah Onishi, a fellow first-teamer with Lopez.

"Nicole makes everybody better because of the fact that teams have got to be awfully diligent to try and get the hitter in front of her and the hitter behind her out," Maryknoll coach John Uekawa said. "She's a powerful hitter and she's a clutch hitter, too, but I think it's all about her pitch selection. She's been a lot more disciplined this year."

Inaba said Lopez's defensive prowess should not be overlooked.

"With her and (shortstop) Matoi on the left side of the infield, it's almost like an automatic out when people hit the ball that way," Inaba said. "Anything hit on the ground, basically to our whole infield, was an out and that helped out pitcher out knowing that she didn't have to get strikeouts all the time, but just keep the ball down and get ground balls."

Kapolei coach Tony Saffery said he has seen Lopez progress over the years in club leagues.

"I've watched that kid since she was younger and I watch her demeanor on the ball field and it seems like every time you watch her play, she wants to be there," Saffery said. "I try to get my kids to watch players like Nicole. She has a certain swagger about her that she knows that she belongs — and I mean that respectfully — and I think that her teammates feed off of that confidence."

"She was a shutdown corner at third defensively — anything hit her way was an automatic out on defense — and on offense she's a game breaker in terms of being able to bring her team back from deficits and coming through in the clutch to lead them — a lot like how Mysha did for us," Makahilahila said. "She's just an overall very talented individual, which helped her team probably exceed their expectations for this year."

Mid-Pacific finished the ILH regular-season tied with Kamehameha and Maryknoll atop the standings at 11-3. The Owls made a run to the state semifinal round, where they lost to eventual-champion Mililani, 9-1, and finished the year with a 15-5 mark.

A storybook 2014 season ended for Mililani ended with Rose Antonio's squad capturing only the third state title in school history.

The Trojans made it a clean sweep, finishing atop the ultra-competitive Red West Division of the Oahu Interscholastic Association, winning their first league crown in four years and capping the year with the state title — their first since 2009. Antonio, who has her name to Mililani's two most recent state-championship seasons, was selected as the All-Hawaii Division I Coach of the Year.

"She did an excellent job and she had a very talented bunch of kids," said Behic, who coached Pearl City to a state crown in 2006. "One thing about her is she stuck to her plan and Mililani softball, which is putting pressure on opposing defenses and using their speed. Rose executed her plan and she did a super good job."

Mililani won its final eight games of the season to finish with a 15-3 record. It was the first time in program history that it swept division, league and state titles. The Trojans had First-Team selections in sophomore pitcher Aubree Kim, who was named Most Outstanding Player of the state tournament, and Yadao-Valdez, who was named Western Division Player of the Year.

"I've known coach Rose a long time and she just does good things out there at Mililani," said Kapolei coach Tony Saffery, whose 2004 Hurricanes' squad was the last to capture both the OIA Red and state titles in the same season.

"I see her give on-the-spot motivation and just coach-up her kids in all aspects of the game — I learn a lot of things when I watch her work — so I think it's well-deserving and I'm very happy for her," Saffery said.