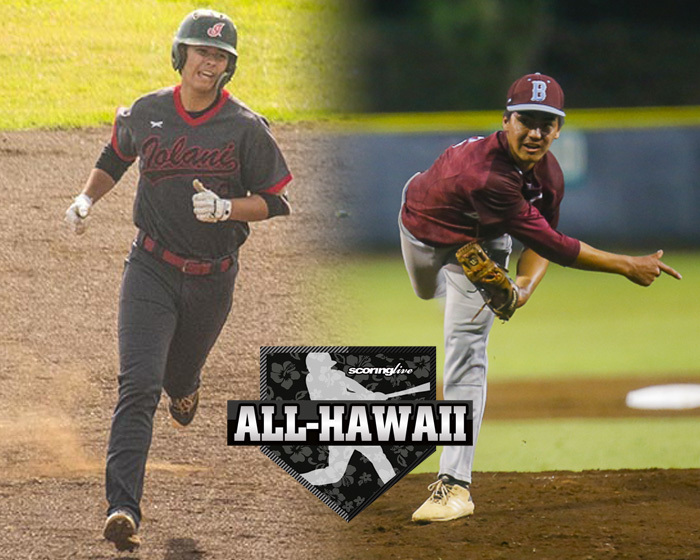 The Iolani catcher, Baldwin pitcher was tops on the diamond in Division I. ScoringLive photo illustration 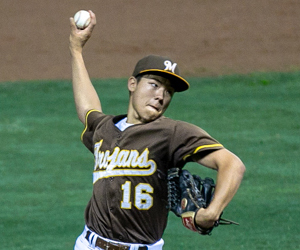 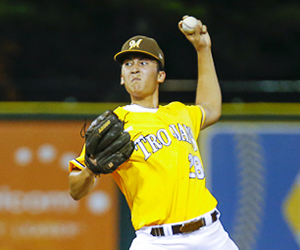 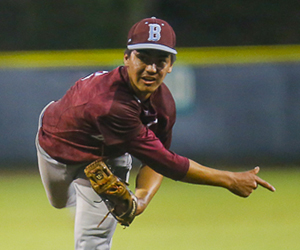 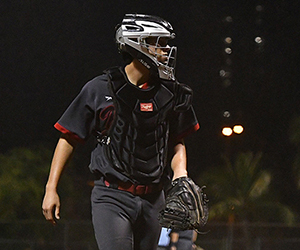 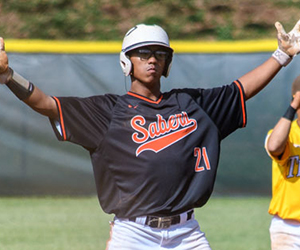 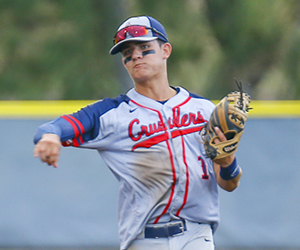 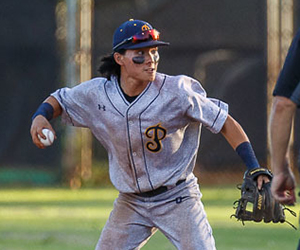 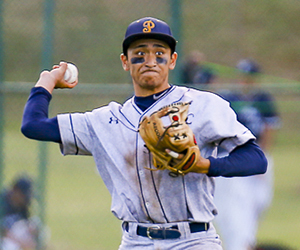 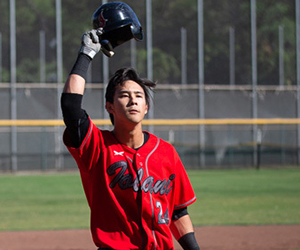 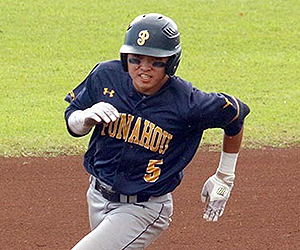 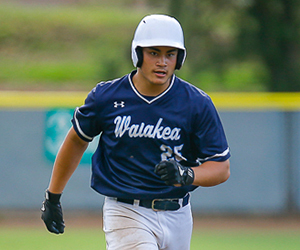 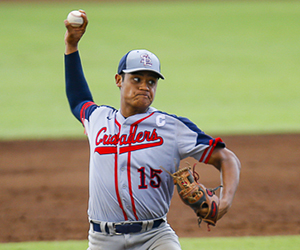 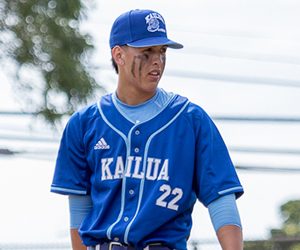 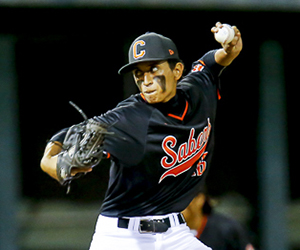 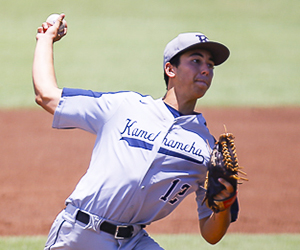 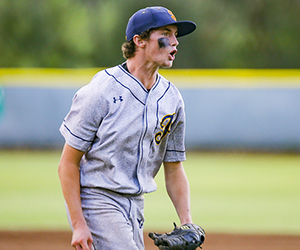 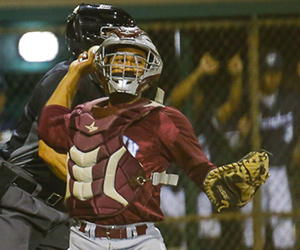 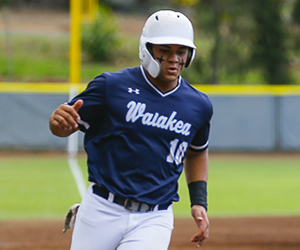 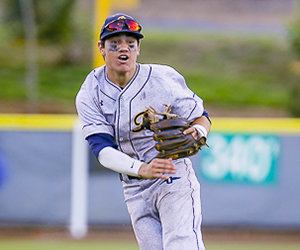 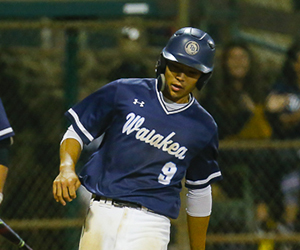 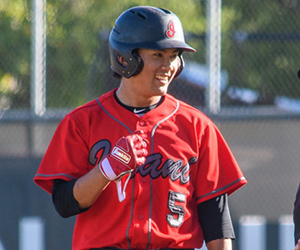 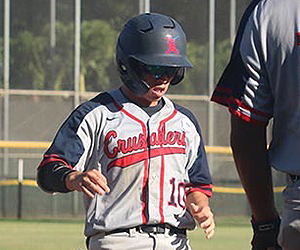 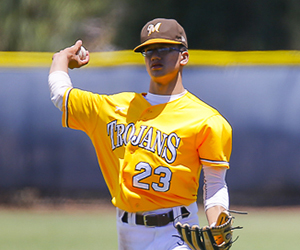 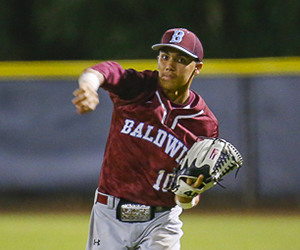 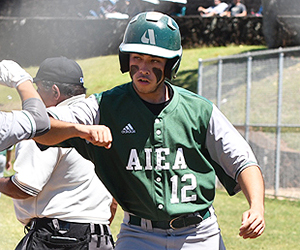 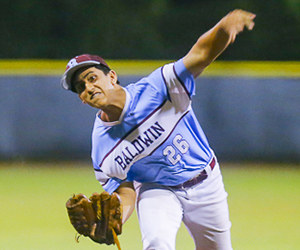 "(He is) constantly working on his craft," Iolani coach Kurt Miyahira wrote in a text. "He's also very professional about the way he goes about his business. (He) never gets too high or too low. He's a great teammate."

Yonamine has been described as a class act.

"I loved his demeanor in all the things he did," Saint Louis coach George Gusman wrote in an email. "If, he hit a single, double, home run, etc., he never showed anyone up. He always played the game the right way and respected his opponents."

Yonamine was signed to play collegiately at Illinois State, but was drafted by the Philadelphia Phillies in the 29th round of the Major League Baseball First-Year Player Draft last week. He has since signed a pro contract to play in the Phillies organization.

Pitcher of the Year: Kaipo Haole, Baldwin, P/SS, Sr.
All Baldwin pitcher Kaipo Haole did was post a 6-0 record with a 1.43 earned run average. He struck out 34 and walked four in 34 1/3 innings in helping guide the Bears to the Maui Interscholastic League title and yet another state tournament appearance.

"He has only lost one game in his career, little league through high school," Dudoit wrote in an email. "His one loss was in the Pony World Series Championship game, I think in 2016. His experience over the years definitely played a part in his composure both as a freshman in the state final as well as against Punahou in the quarters last year and his ability to hang in there this year after going down 3-0 to Waiakea (in the state quarters)."

Haole helped the Bears win MIL titles in all his four seasons, as well as state titles in 2016 and 2018. His exploits might have been overshadowed because he played on Maui. But they weren't missed by Saint Louis' Gusman, who routinely takes his team to Maui for preseason tournaments.

"The thing about Kaipo is that he has velocity and can throw other pitches for strikes as well," wrote Gusman in an email. "He can pitch you inside, outside, along with going up or down in the strike zone. He competes and fields his positions as good as anyone else out there. Kaipo is just an old-fashioned baseball player that can do it all."

Coach of the Year: Keenan Sue, Punahou
Punahou added another trophy to its collection last month.

The Buffanblu captured their 14th state crown — their first since winning seven straight from 2004 to 2010 — with a 7-3 win over Mililani in the Division I title game.

Sue also guided Punahou to an Interscholastic League of Honolulu first round title with a 13-2 record, and later the overall ILH championship with a 2-0 victory of Kamehameha for the Buffanblu's first league crown since 2008.