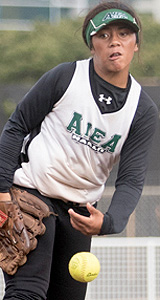 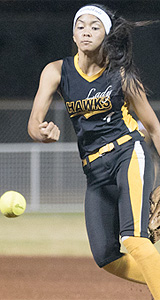 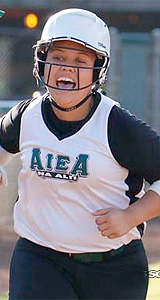 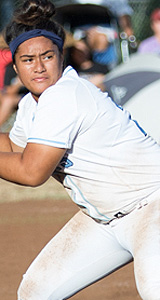 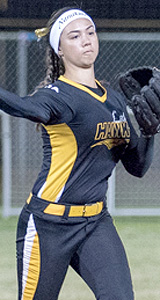 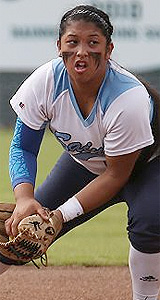 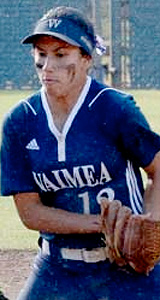 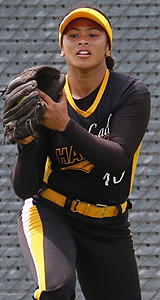 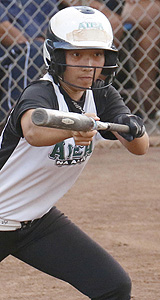 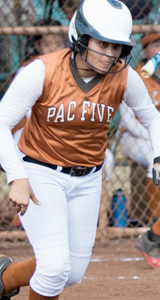 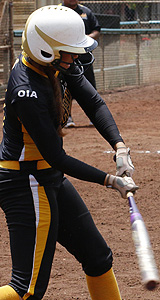 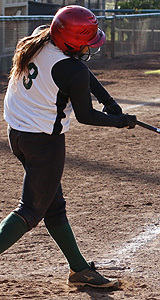 Whatever her coaches asked of her, Aiea's Vevesi Liilii was there to answer the call.

The 5-foot-8 junior utility's versatility played a big role in Aiea's journey to its first ever Oahu Interscholastic Association crown. Na Alii also made it all the way to the Division II state final and finished the season with a 13-3 mark.

Liiliii, who regularly plays outfield in outside leagues, saw time at three different infield positions depending on who was Na Alii's starting pitcher for the day. She was also a capable hurler in the circle with 24 innings pitched and nearly picked up the win in relief in the state title game against Nanakuli.

"She plays beyond her years," said Nanakuli coach Ricky Gusman. "She plays with the kind of confidence that you need especially when leading a team into the state tournament and winning the OIA. Her confidence brings a spark to the team and I think she was kind of the glue for their program this year. She's a quiet leader that does all her talking on the field."

Offensively Liilii started off the year in the middle of the lineup before batting in the leadoff spot for most of the season. The move helped her become the team's leader in the four major batting categories.

Like most great players, Liilii rose to the occasion against the upper-tier teams. In five postseason games Liilii batted 10-for-18 with 12 runs scored, eight RBIs, three doubles, two triples and two home runs.

"That girl was definitely a threat," said Gusman. Liilii was 3-for-4 with two doubles and a solo home run against Gusman's Golden Hawks in the state final. "Every time we played her, she was always kind of the one that got things started for her team. Out of respect I walked her in that last inning we faced her. I wasn't going to let their best player beat us, we had to make it be somebody else."

Teammates joining Liilii on the First Team are pitcher Poamai Tuli, catcher Kailie Alama and outfielder Riley Tagawa. Tull compiled a 8-1 record in the circle with her lone loss of the season coming in the Division II state final. Alama and Tagawa were Division II all-tournament team selections.

The second player to repeat as a First Team selection was Waimea third baseman Alyssa Miyamoto.

Rounding out the First Team is Pac-Five outfielder Shazzareigh Nakoa-Chung.

First-year Aiea coach Alan Higuchi was selected as the coach of the year after helping his team bounce back from a preseason injury to Raisa Strom-Okimoto, an All-Hawaii selection in 2014, and a midseason forfeit to Nanakuli. After the forfeit loss, Aiea rattled 10 straight wins en route to the program's first league title, as well as a runner-up finish in the Division II state tournament.