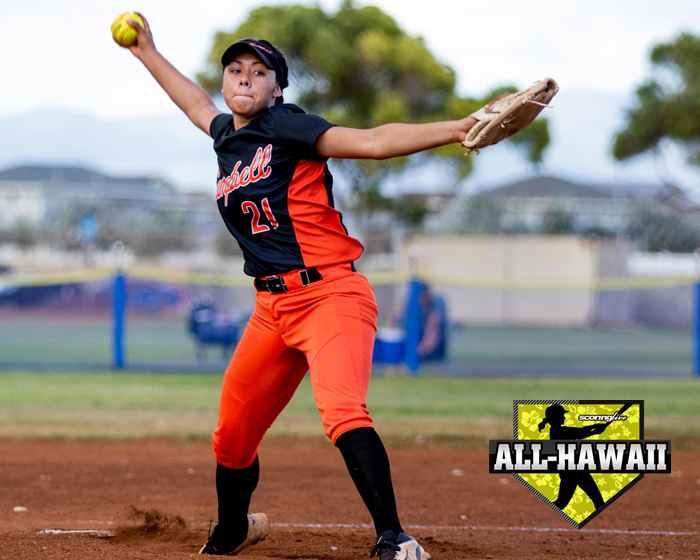 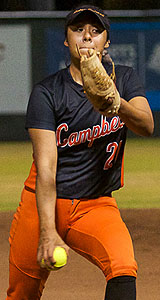 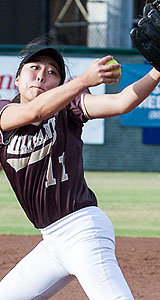 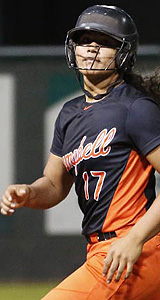 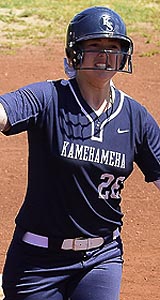 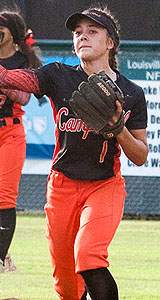 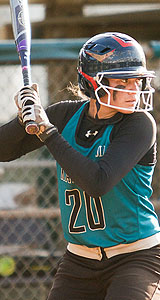 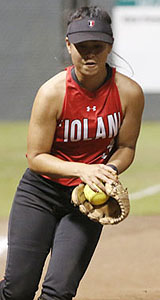 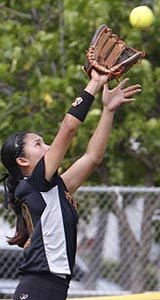 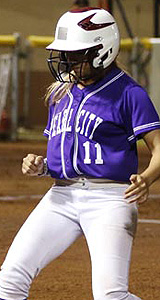 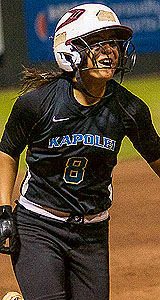 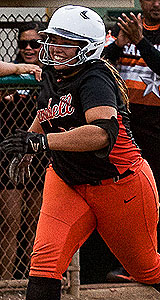 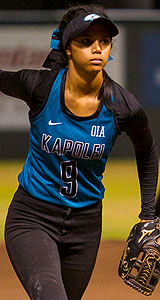 Whenever asked about Danielle Cervantes' success, the first thing Campbell coach Shag Hermosura would say is "she's a hard worker."

The work the Sabers' junior right-handed pitcher put in leading up to and during the season has culminated into her being picked as ScoringLive's All-Hawaii Player of the Year.

Cervantes was 11-0 with a Division I-leading earned run average of 1.18. In only 77 1/3 innings pitched, she was second among D1 pitchers with 104 strikeouts.

"She just wanted the ball," Hermosura said. "This year, Dani worked extra harder. We gave her the ball in certain games and see how'd she come out. She proved to me that she's coming around. She was humble about it. "

Hermosura said he saw the signs of Cervantes' emergence. She began asking him questions about pitching. She put in quality work in the weight room. The team would do circuit training with 23 stations.

"Thirty seconds would go by and she would do extra, five, six, seven more reps," Hermosura said.  "She did all the things I wanted her to do on her own. Weight room time, she's just an animal. She worked really hard."

Pitchers threw 180-pitch bullpen sessions during the season and then run three miles. She needed no prodding, Hermosura said.

"She wants to get to the next level," Hermosursa said. "She wants to go to a D1 (program). No matter what level she goes, she's going to make a big statement for that program."

"The kid's an awesome pitcher," Saffery said. "She's going to be a good collegiate athlete, I think. She hits spots really well and she hits it with authority."

» Download a printable version of the 2016 Division I All-Hawaii Team.

Cervantes showed she could pitch under pressure. She fired a one-hitter and struck out a season-high 17 in the quarterfinals against second-seeded Kamehameha. She then beat Mililani in the semifinals before taking down top-seeded Kapolei for the championship.

"Jocelyn would really take care of (Cervantes)," Hermosura said. "They helped each other. It went both ways with the pitcher and catcher."

Saffery is the Coach of the Year. He guided Kapolei to its first Oahu Interscholastic Association title since the Hurricanes won back-to-back crowns in 2004 and 2005. His Hurricanes finished as state runners-up.

Hermosura also was considered for the honor.