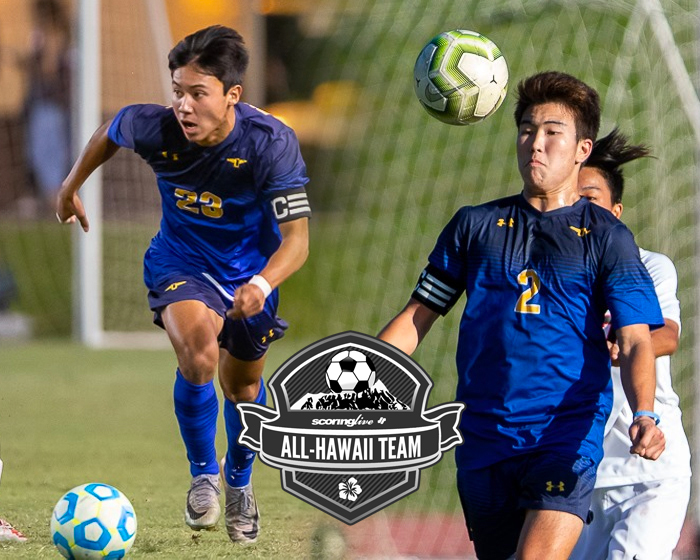 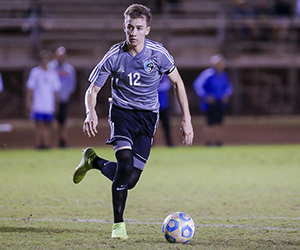 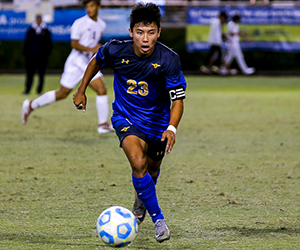 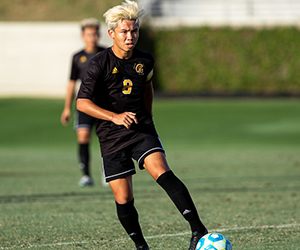 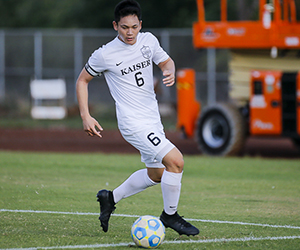 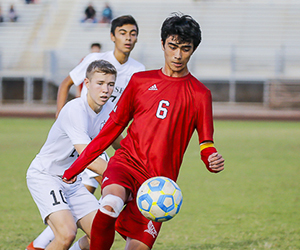 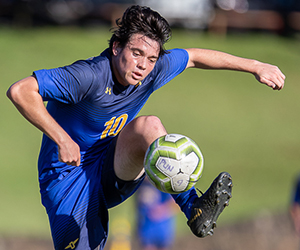 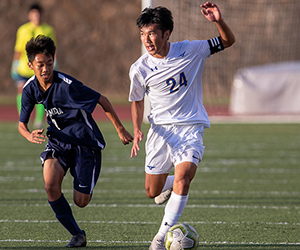 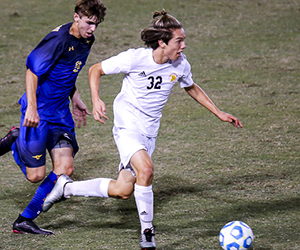 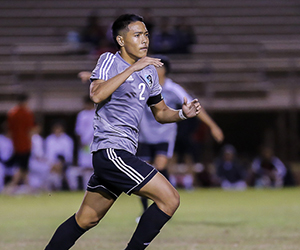 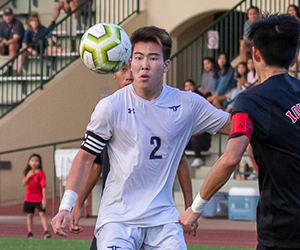 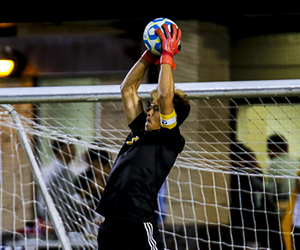 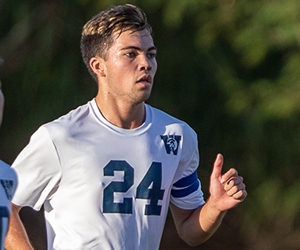 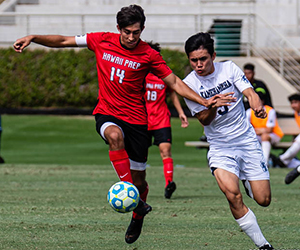 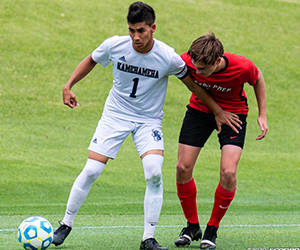 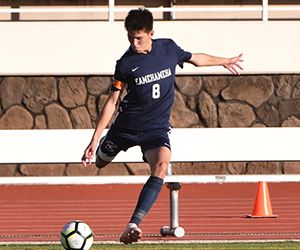 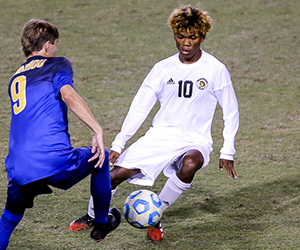 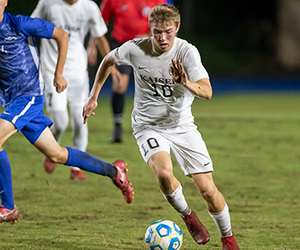 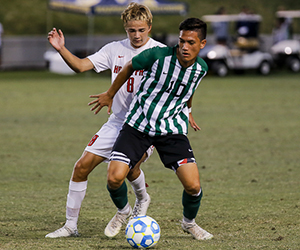 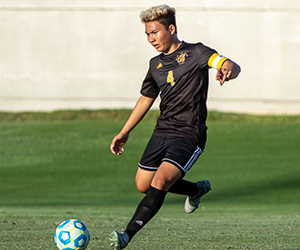 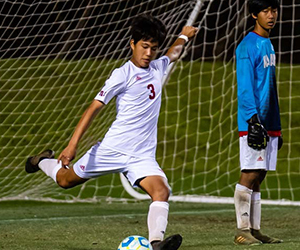 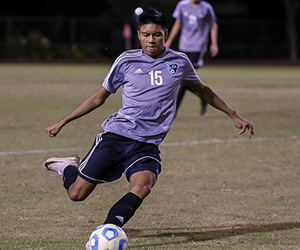 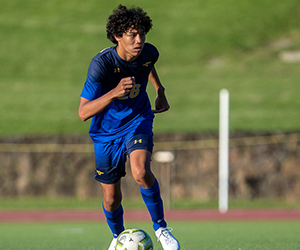 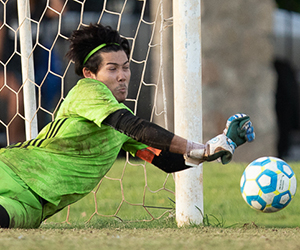 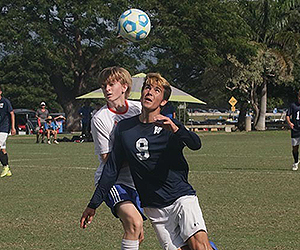 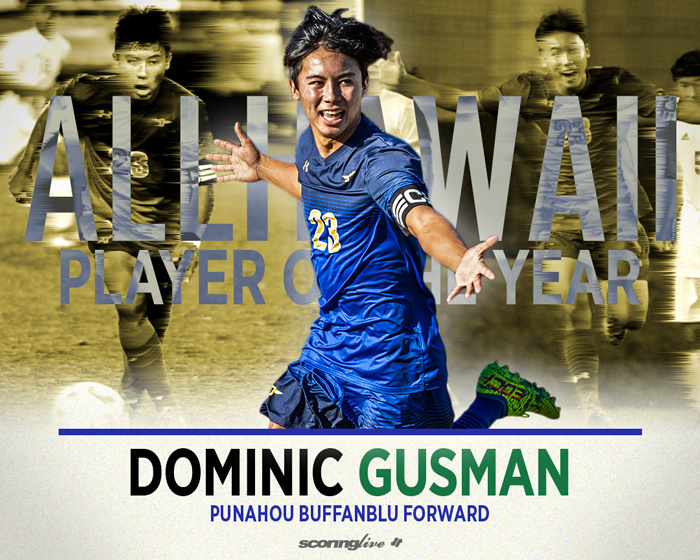 Offensive Player of the Year: Dominic Gusman, F, Sr.
Although he wasn't amongst the state's leading goal scorers this season, Dominic Gusman's impact for the Punahou boys soccer team was profound.

The 5-foot-7 senior forward did manage to lead the Buffanblu with a team-high goals on the year, but he also factored into many others — mainly with his speed.

"From what I saw from him this year he could really stretch teams," said Mililani coach Steve McGehee, whose team fell to Gusman and Punahou in the Division I state title match.

"Every coach felt that he was so dangerous that they were man-marking him and double-marking him and he did enough to free up the other guys to do stuff," said Buffanblu coach David Trifonovitch, who pointed to his team's 4-1 win over Kaiser in the state quarterfinals as an example.

"That first goal against Kaiser was all Dom. He drew attention and was able to lay it off to Cole (Kawakami), who scored the goal, but it was all because of what Dominic did all before," Trifonovitch said.

"He really refined himself from a straight-line player and created a lot of havoc on how to defend him because he would show up all over the place, so it was hard to man-mark him or keep him under wraps," McGehee said. "Last year he stayed on one side and was pretty much a straight-line guy, (but) this year he'd be on one side, then the other side, in the middle and he really refined his final touch as well."

Gusman was selected to the all-tournament team at states and was also tabbed by ILH coaches as the league's Division I Offensive MVP this season.

"He's a great kid, too; he's got a great personality," Trifonovitch said. "He was one of our team leaders and he led not with an iron first, but he led with caring, nurturing, talking and he led by example and the boys just really responded to him and I really enjoyed his leadership."

Trifonovitch noted that Gusman is a type 1 diabetic.

"He has an implant in his stomach that is taped to him for his insulin injections and he just plays through it like nothing. It shows his discipline and the way he takes care of his body and the things he does in order to perform at the higher level," Trifonovitch said.

Gusman is signed to play collegiately at Whitworth (Spokane, Washington). 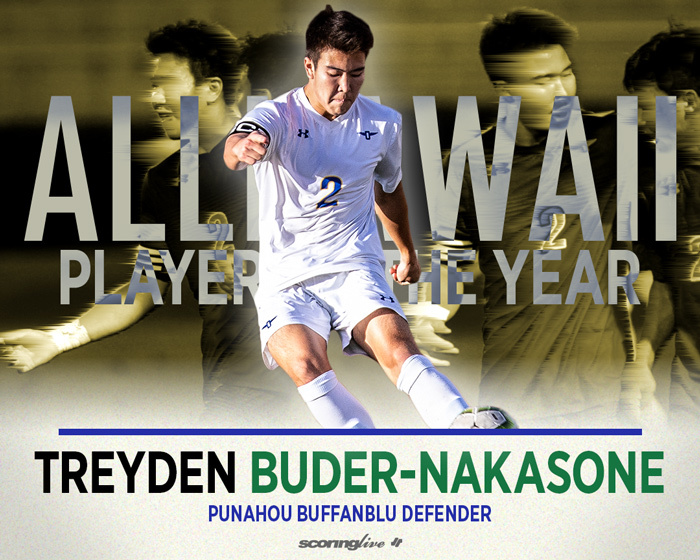 Defensive Player of the Year: Treyden Buder-Nakasone, D, Sr.
While the Punahou boys soccer team was rich with returning talent in both the midfield and forward positions, its defensive third didn't quite possess that type of veteran experience.

That fell squarely on the shoulders of Treyden Buder-Nakasone. The 5-foot-8 center-back was expected to serve as the rock of the Buffanblu defense as a senior and he did just that.

"The leadership that they had back there and just the steadiness — they weren't getting exposed in any of their games that I saw preceding ours — and so that didn't give us a lot to work with as far as a weak link. They really didn't have a weak link in the back," Mililani coach Steve McGehee said.

Punahou held off the Trojans in the state final by a score of 3-2 to claim their second straight Division I crown.

"They were cohesive just because they didn't have that uber standout player," McGehee said.

That was largely due to Buder-Nakasone's guidance as the last defender.

"I told him that a good central defender leads with his voice, so I kind of wanted him to be a traffic cop back there but he doesn't talk much so we would have him sit back there and read off of other defenses and read and support in the ways he could cover," Punahou coach David Trifonovitch explained. "He was always able to read to be in the right place at the right time and doing the right things."

Buder-Nakasone played alongside sophomore Laakea Salvani as the Buffanblu's two center-backs. However, Salvani was issued a red card in the team's state semifinal victory over Kalani, which left him ineligible for the championship match.

"I think with the fact that they had the expulsion of a player (Buder-Nakasone) really had to step up big and anchor the team in that final game against us and I think he did a really good job just keeping them organized and really neutralizing what we could do offensively," McGehee said.

Trifonovitch pointed out that Buder-Nakasone dealt with severe muscle cramping.

Buder-Nakasone helped the Buffanblu pitch eight shut outs this season. He also scored three goals this year and was selected to the all-tournament team at states. Interscholastic League of Honolulu coaches voted Buder-Nakasone as league Division I Defensive MVP. 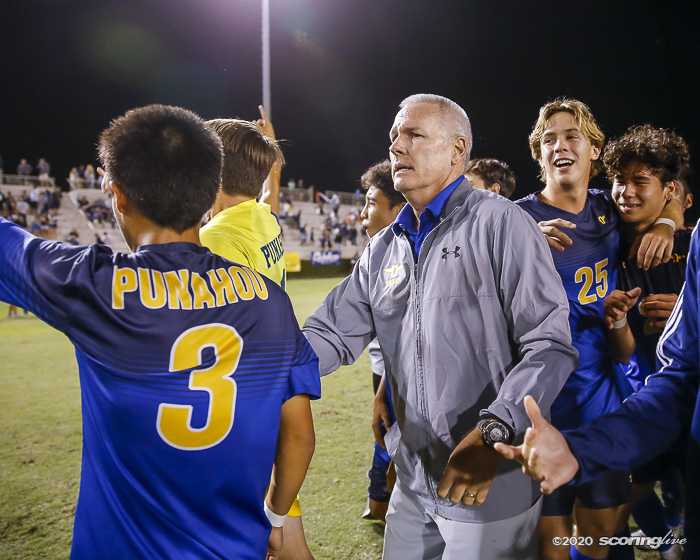 Coach of the Year: David Trifonovitch, Punahou
The Buffanblu claimed the Division I state championship for the fourth time in five seasons and for the sixth time overall under Trifonovitch.

Punahou won its third straight Interscholastic League of Honolulu title with an 8-1-1 league record; it finished the season with an 11-1-1 overall mark.

Trifonovitch also earned All-Hawaii Coach of the Year distinction for the 2018-'19 season.