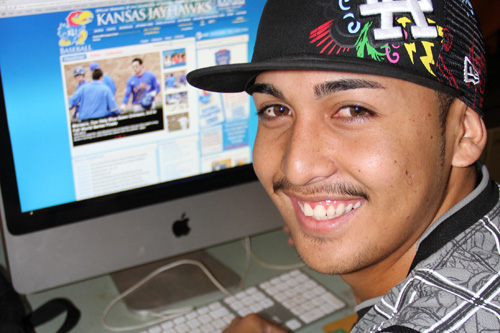 'EWA BEACH - After an impressive showing at showcase at Hans L'Orange Park a few weeks ago, Robert Kahana proved it was no fluke the next weekend at another showcase in Monterey, Calif.

The Campbell High senior said he was offered a baseball scholarship by Kansas in Monterey. He then signed a letter of intent Sunday. Wednesday is the deadline for early-period signers of all NCAA sports, except football.

Kahana said he took an official recruiting trip to Kansas over the weekend and was hosted by freshman infielder Kai'ana Eldredge, who graduated from Punahou this past spring. ('Iolani graduate Wally Marciel also is on the team.)

"I can't wait," Kahana said. "I fell in love with the place when I went to visit."

The 6-foot, 180-pound Kahana, a right-handed pitcher, said he was offered 94 percent of a full scholarship, which covers everything except a meal plan. Most baseball scholarship offers are partial.

Kahana had impressed scouts at the Hawai'i showcase several weeks ago. At least eight pro teams asked him to fill out questionnaires.

"I use (canoe) paddling for baseball," Kahana said.