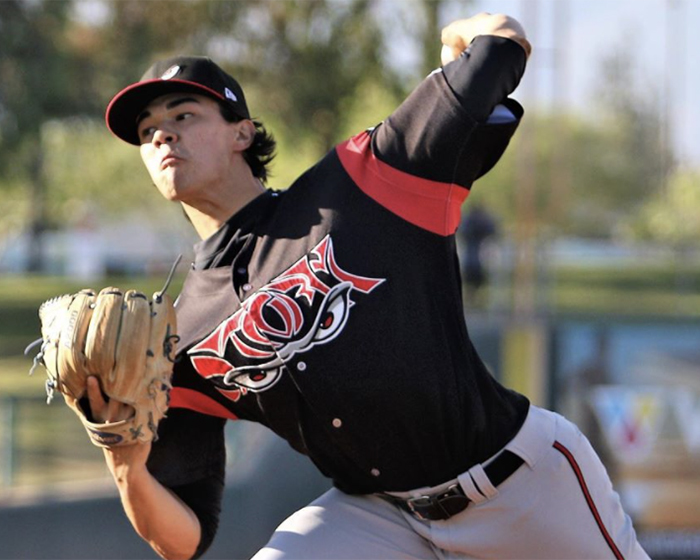 Joey Cantillo knew something was up when his phone started ringing at 8 o'clock that Monday morning.

It was August 31st — the day of Major League Baseball's trade deadline for the adjusted-for-COVID 60-game season — and the San Diego Padres had just announced a blockbuster deal that landed them pitcher Mike Clevinger from the Cleveland Indians.

Cantillo, a 2017 Kailua graduate and promising Padres' farmhand, was at the team's alternate training site at the University of San Diego when he first learned of Clevinger's acquisition.

"I was actually taking my saliva test, my COVID test, and I was walking down the hill with my pitching coordinator and I saw a notification on my phone on Twitter: Clevinger to the Padres," Cantillo said. "I thought, ‘Okay, we must have gave up a lot for him."

In exchange for the Indians' ace, San Diego packaged six players, including three minor league prospects in the nine-player deal.

Cantillo, a 20-year-old left-handed starting pitcher and top-10 prospect in the Padres' farm system, was headed to Cleveland. He was among a total of 16 players that the organization parted ways in six separate transactions over a three-day span in order to solidify the Big League club's chances at a rare postseason run.

"My agent called me and and told me, but I definitely knew (the Padres) were making trades. That was their whole thing: building their farm system all these past years and this year, being in a position to push for the playoffs, they went for it. It was a crazy day, one of the craziest in trade deadline history, I think," said Cantillo, who has a career earned run average of 2.51 in 168 2/3 minor league innings.

Since he was drafted by San Diego with the 468th overall pick (16th round) in the 2017 First-Year Player Draft, Cantillo has excelled at each stop he has made.

His big jump came in 2019 with the single-A Fort Wayne TinCaps. Cantillo registered 30 strikeouts against one walk in 25 innings pitched. He allowed a single run during that stretch and earned Midwest League pitcher of the month honors for June.

Cantillo was 9-3 with a 1.93 ERA through 98.0 IP for Fort Wayne before he was called up to high-A Lake Elsinore in August of last year. He made just three starts there before he was shut down for the season due to an innings limit imposed by the organization.

A key factor in his development as a player has been his ability to stay on the field.

"I've had some minor things and it hasn't been flawless, but just being able to post every start is very important, especially in pro ball because you can't get better unless you're on the mound," said Cantillo, who was just 17 years old when he signed with the Padres.

"When you're doing something for a living, you realize how important taking care of your body and being able to stay on the field is in relation to being able to move up. I've had some minor knee and shoulder things, but I try to take pride in taking care of my body and doing everything on a daily basis to give myself a chance of being healthy and strong," Cantillo said.

Although it's been a whirlwind since he earned All-Hawaii Division I Pitcher of the Year honors in the spring of 2017, Cantillo has tried to absorb as much as possibility along the way. 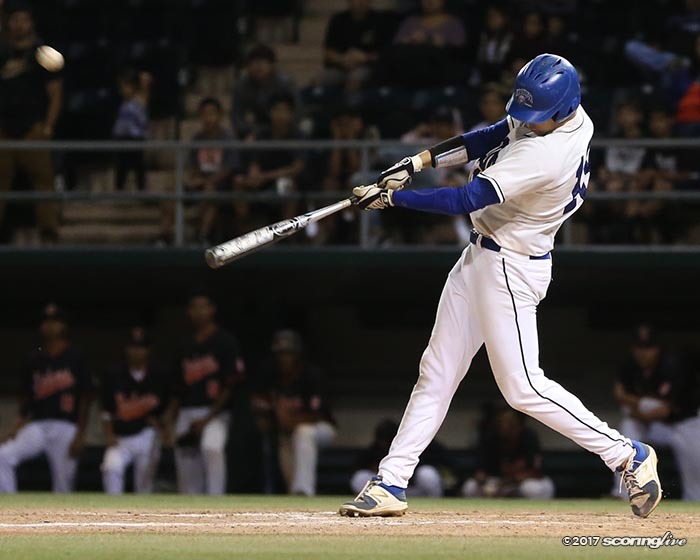 "It's been crazy, it's been a lot of fun and I've learned a lot. Coming out of Kailua, obviously those were awesome years and I'm so grateful for all that. Being 17 when I was drafted and coming in young like that, you think you know all there is to know about baseball, but you learn so much about pitching, about how to be a pro and it's also been a challenge. As you move up level to level, it's exciting and a new challenge in front of you, but you can still bring that confidence and compete so it's been awesome," Cantillo said. "Three years have gone by like that, but it definitely felt like yesterday that I was at Kailua."

Cantillo holds many of his memories as a Surfrider close to his heart and is most appreciative of his relationship cultivated with coach Corey Ishigo. 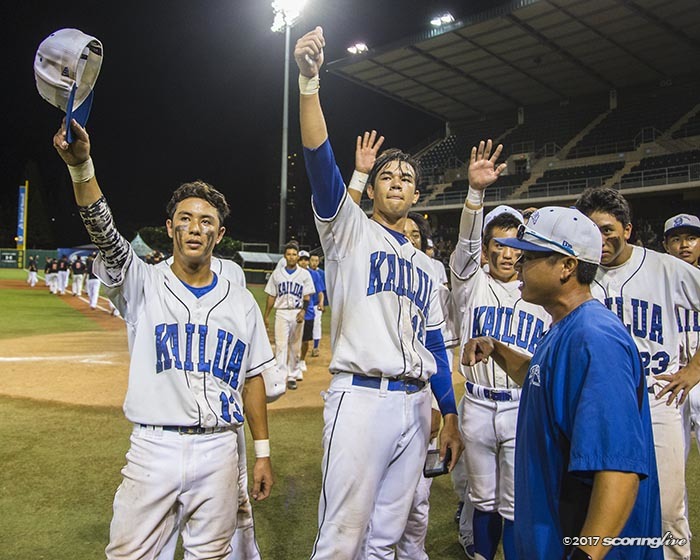 "He's a big influence on my life. He took me under his wing since I was 11 or 12 years old and he's probably one of the biggest pieces of where I am today, because of him and everything I learned there," Cantillo said. "The guys competing for OIA championships and the state tournament runs and ending in hardship — stuff like that carries me into my daily activities and is always in the back of my head; Those are things and memories that I'll never forget, for sure."

Along those lines, Cantillo is empathetic to those high schoolers whose seasons have been affected by the ongoing pandemic.

"I can't imagine how a lot of the student-athletes back home are feeling right now. I can't imagine having a season taken away like that, especially if it's your senior year; It's horrible," said Cantillo, who has been in Goodyear, Ariz. the past three weeks for the Indians' Fall Instruction Camp.

The camp is for some of the organizations top prospects and is a mix of practices and games. It runs through the end of October.

Among his teammates at the camp is outfielder Kaai Tom, a 2012 Saint Louis graduate that the Indians drafted 154th overall (fifth round) in the 2015 Draft.

Cantillo sees it as an opportunity to get acclimated to his new team.

"It's a little different than San Diego. Just internally they do some things differently, but it's been awesome. The guys here have a really good emphasis on the minors' side and developing players. Everybody I've talked to has said that the Indians are really well known for pitcher development and it's been awesome to see first-hand what the pitching coordinators and the staff do with the analytics and strength guys. It's just an awesome advanced approach, so I'm just trying to work hard and improve each day," Cantillo said.

"I love San Diego, I have nothing but great things to say about them. I love the organization and all that, but it's been nice getting accustomed to a new organization and I'm very routine-oriented so it's nice getting situation with a new team and meeting a lot of new people and learning a lot of new things, but when it gets out to the field for baseball time, it's the same thing and it's been good."

Cantillo was recently assigned to the double-A Akron RubberDucks, but at this point there is no guarantee of any minor league baseball in 2021.

"Who knows with COVID and if there will be a vaccine or not (by then), but with minor league baseball funded by MLB, there are so many ‘ifs' and who knows what is gonna happen?," he pondered.

"I mean, the landscape of minor league baseball was gonna start to change. Even before the season they were gonna cut down on some teams, which means cutting down on players and then with COVID, getting enough funding for testing and having a season — there are so many variables going into next season that you just wish for the best and try to get to the Big Leagues as fast as possible."