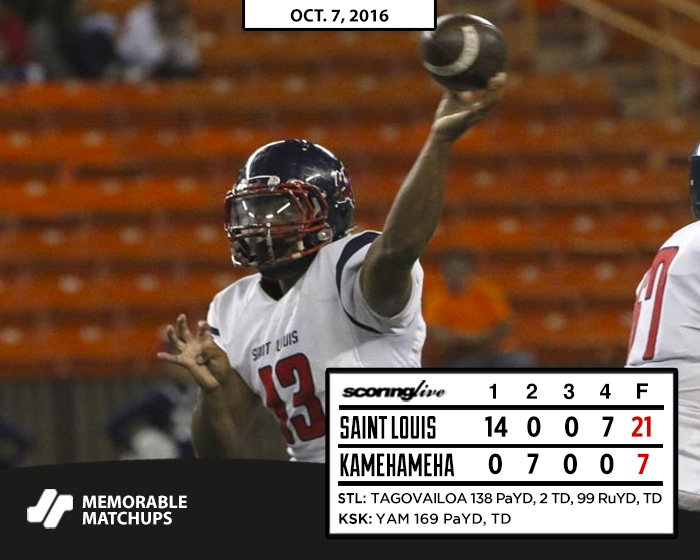 Tua Tagovailoa threw two touchdown passes and ran in another score to help the Crusaders post a 21-7 win over the Warriors on Oct. 7, 2016. Greg Yamamoto | SL

Tua Tagovailoa passed for 138 yards, ran for 99 more and factored into all three Saint Louis scores in a 21-7 win over Kamehameha in front of a crowd of about 3,000 fans at Hawaiian Tel FCU Field at Aloha Stadium on Oct. 7, 2016.

The Crusaders bounced back from a 33-20 loss to Punahou eight days prior to improve to 6-1 overall, while the Warriors dropped to 3-5.

Tagovailoa scrambled for the game's first score. He eluded the Kamehameha pass rush by stepping up in the pocket behind taking off. Tagovailoa started out up the middle before finding some running room to his left and crossing the plane of the end zone on the 9-yard run with 5:22 left in the opening quarter. 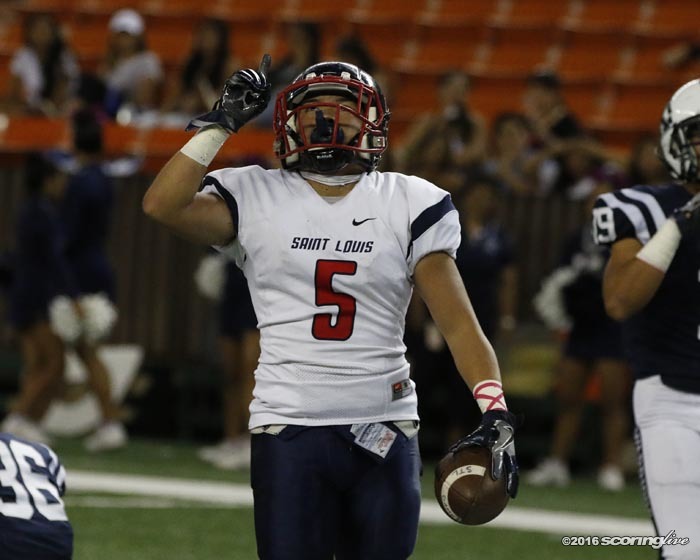 Saint Louis operated their no-huddle offense at a blistering speed early, which paid off in the form of Tagovailoa's 32-yard pitch-and-catch to Leelan Oasay, who split a pair of defenders are making the grab on the scoring play. Jacob Tobias tacked on the PAT to make it a 14-0 lead late in the first quarter.

Kamehameha pulled within 14-7 after Trever Kahunahana 8-yard touchdown pass from Yam late in the second quarter, and the Crusaders took a 7 point lead into halftime. 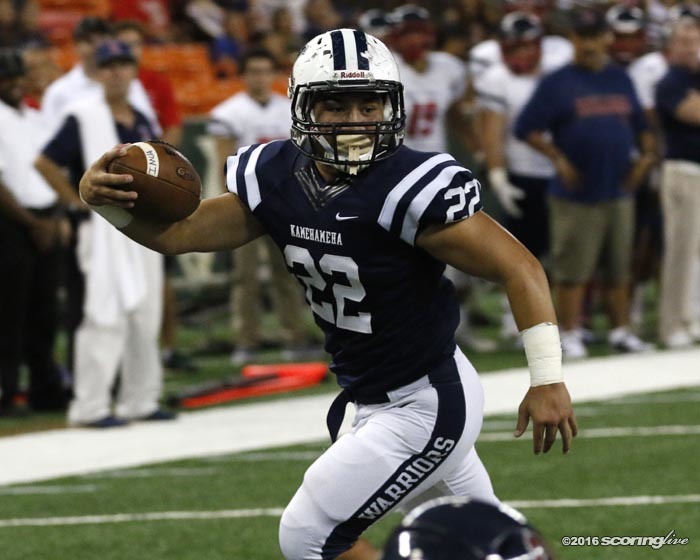 The score held until the 9:50 mark in the fourth quarter when Tagovailoa hit Chandler Washington-Villanueva on a post pattern for a 12-yard TD pass on 3rd-and-goal.