Claiming a Hawaii Volleyball Invitational title in 2015 was an important first stanza for Iolani, and Bailey Choy was the orchestrator, both during the title match of Kamehameha's preseason tournament as well as throughout the Raiders' run that season.

The Raiders last appearance in the state tournament was in 2007, and its last league title 2001, but Choy and company broke both those droughts in 2015, marching to a 15-2 record in ILH play. Iolani rattled off 14 straight wins before dropping its final two matches to perennial powerhouses Kamehameha and Punahou, forcing a one-game playoff with the Warriors for the league title.

As ILH champion and the top seed of the tourney, Iolani notched wins over Kalaheo and Kahuku in the state tourney before ultimately falling to Kamehameha in five sets in the Division I title game. The match marked the sixth time the Warriors and Raiders played against each other that season.

Choy garnered ILH Most Valuable Player honors in 2015 and was also named to the HHSAA Division I All_Tournament team. 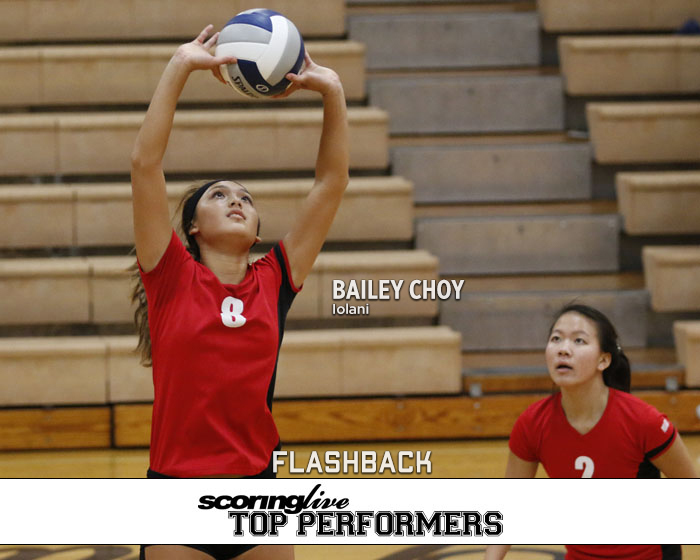 Kaimuki won three games by a single point that season, including a 14-13 victory over Pearl City in the...

Fontes nears end of long road back from ACL tear

The 2019 Pearl City graduate hopes to make her collegiate debut for the UCLA Bruins in February.

The then-junior passed for a season-high 434 yards and four touchdowns in a key win over rival Kamehameha-Hawaii...

The 2017 Kailua graduate and All-Hawaii Pitcher of the Year was acquired by Cleveland on Aug. 31, in...