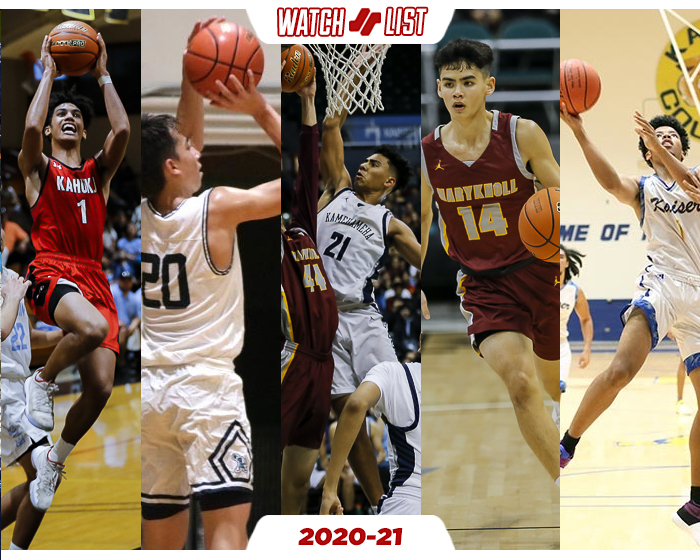 In our continuing series of players to watch in the coming year, here are five boys basketball players (listed alphabetically by last name) expected to have increased roles with their respective teams for the upcoming hoops season, and what their coaches had to say about them. 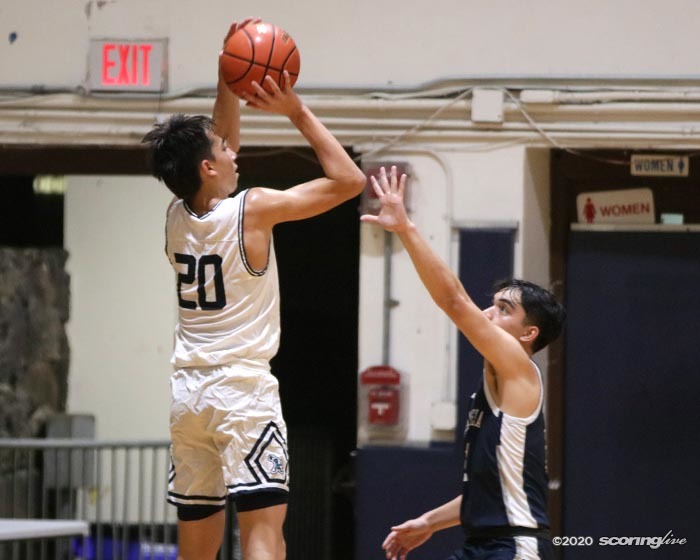 Saint Louis may get all the headlines on the gridiron, but the team has been making a steady climb on the hardwood with the emergence of Aiva Arquette.

As a sophomore, he led the Crusaders in scoring with 10.6 points per game overall and led the Interscholastic League of Honolulu with 28 made 3-pointers and was a Second Team ILH All Star.

He introduced himself to the league with a 25 point performance against Punahou, where he drained five three pointers. He followed up with 20 against Iolani, and scored 16 and 10 against Damien and Kamehameha respectively.

"Our football guys were out in Vegas and Aiva got a lot of time in the preseason. That first Punahou game, he got hot and it was electric, and he never looked back. He got hot from 3 and defensively he stepped it up and he became a central focus for other teams. He needed to adjust and guys were guarding him from the outside and he diversified his game," Saint Louis coach Hale said.

When opposing teams started keying in on Arquette, it led to other players stepping up and took defending league and state champion Maryknoll down to the wire.

After Isaac Silva and Jayden de Laura graduated, he should see an increased role in scoring and opportunities to step up as a team leader.

"We've spoken about being more verbal. Players last season deferred to Isaac and Jayden and they were role models for him," said Hale, who mentioned Arquette stands at about 6-foot-4. "During quarantine, we asked him to use this time to weight train and get stronger and work on individual skills. He's definitely going to be a guy who will be bring back a lot of offensive firepower and he diversified his game. For him, he's going to have to step up as a leader by example and it will be big for us." 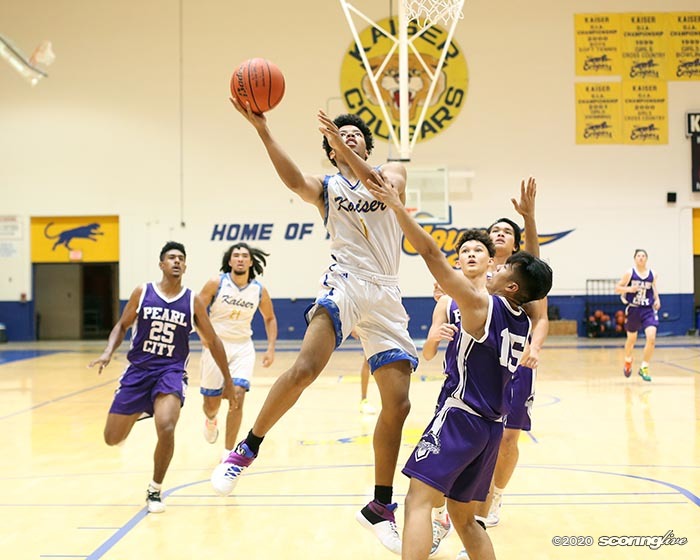 Drummer is able to overpower smaller guards and is quick on his feet against bigger defenders which gives opposing coaches headaches.

"Depending on the bodies we put around him, we can dictate matchups. We can post him up or force a big to play him or have them come out and they have to respect his ability to shoot the ball," Kaiser coach Kenneth Powell said.

An All-Hawaii Third Team selection, Drummer led the Cougars in scoring with 12.6 points per game in the OIA and 11 of their 15 games he scored in double figures and was on the Oahu Interscholastic Association East Second Team.

He scored a season-high 27 against Kahuku in the preseason on Molokai. It was a slow first half and in the second half he took over the game and the coaching staff want him to harness that mindset going forward.

In their playoff opener against Pearl City, he scored 21 points and after being held to six points against Leilehua, the Cougars had to claw their way to clinch the final state tournament berth. He put the team on his back with a 17-point performance against Radford and followed up with a game-high 16 point performance in their win over Kapolei on Feb. 12 to squeak into the state tournament.

"For him, it's just being more aggressive and know when he should and can take over. He's getting to realize his own potential and having him taking an increased offensive load and being comfortable that way. It's about embracing it and living with it," Powell said. 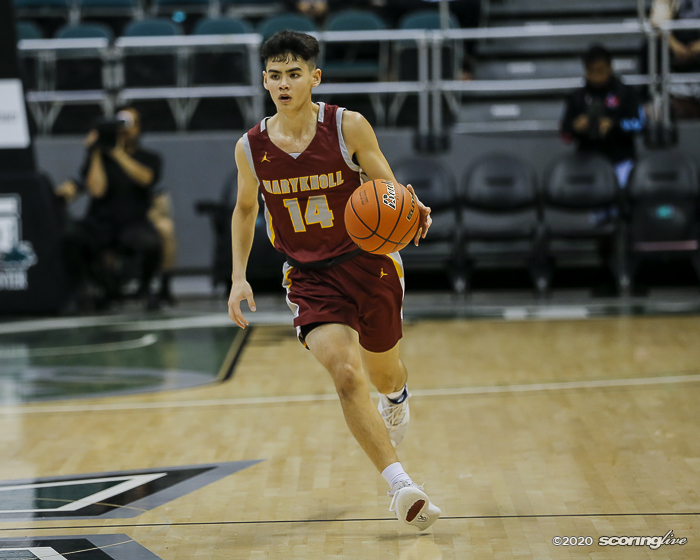 Furtado is the hardest worker on the basketball court and the classroom and Maryknoll coach Kelly Grant nominated him to be the team captain for the two-time defending state champions this upcoming season.

"He's going to be our captain. I told him after the state tournament. It's well deserved. He can handle it, he can be supportive and get guys going if they're not doing their responsibilities. There are teams were they tend to vote, but I picked captains. He's deserving. I wanted to let him know early and appreciate him and captain position is well-deserved," Maryknoll coach Kelly Grant said.

Furtado was an Honorable Mention selection in the ILH and All-Hawaii.

In their defensive packages, especially the box-and-one, Furtado takes on the opposing team's best player and chases them all over the court.

"He has unlimited energy and he knows how to defend without getting in foul trouble. He's quick and shifty getting around screens," Grant said.

Losing Niko Robben and Liko Soares to graduation, Furtado may have to create some offense whenever there's a need. His season high was nine points, all on 3-pointers, against Saint Louis.

"We got him to be a selective shooter this past season and as a whole as a program to get quality shots. It might be Noah who will have to do creating offensively if we need to get shots off. He's always up for the challenge," Grant said. 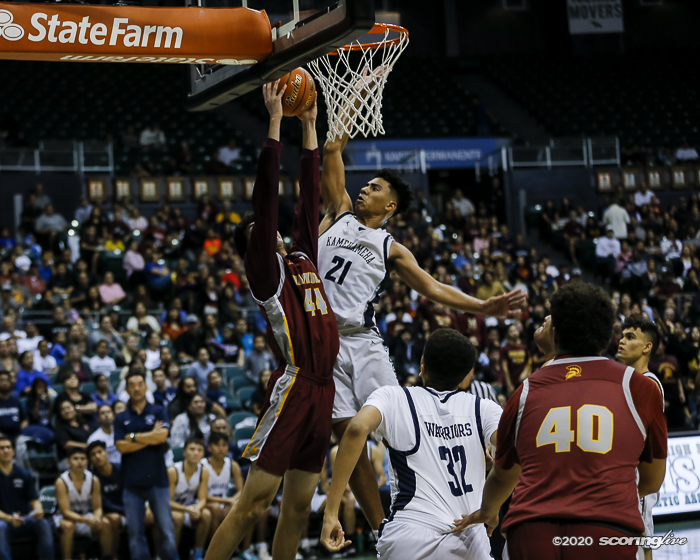 The Warriors' coaching staff saw flashes of potential early on in the preseason.

"Our game against Long Island Lutheran in the Iolani Classic, he had to matchup with Long Island Lutheran's (New York) Zed Key (Ohio State) in the post and defend him on the block. In the fourth quarter, EJ took him off the dribble, got to the basket and got fouled," Kamehameha coach Larry Park said.

His season-high was 15 points against Baldwin in the Surfrider Classic and scored 12 twice against Punahou and Moanalua.

Standing at 6-foot-4, the junior-to-be was the leading scorer with 10 points in a 49-41 win over Maryknoll on Jan. 25 and closed out the game defensively with two rebounds and a steal.

Losing All-Hawaii Player of the Year Christmas Togiai and fellow First Teamer Kordel Ng to graduation, Kapihe can take the next step in leading the Warriors with his versatility on both ends of the floor.

Kapihe works on his craft with his father and coach Park sent him some YouTube videos to study and incorporate in his repertoire.

"He's definitely going to step into a bigger role. If he and others grow in that role, we can be good again. He can drive, shoot the three, and he can defend multiple positions. He has a complete game and works hard," Park said. 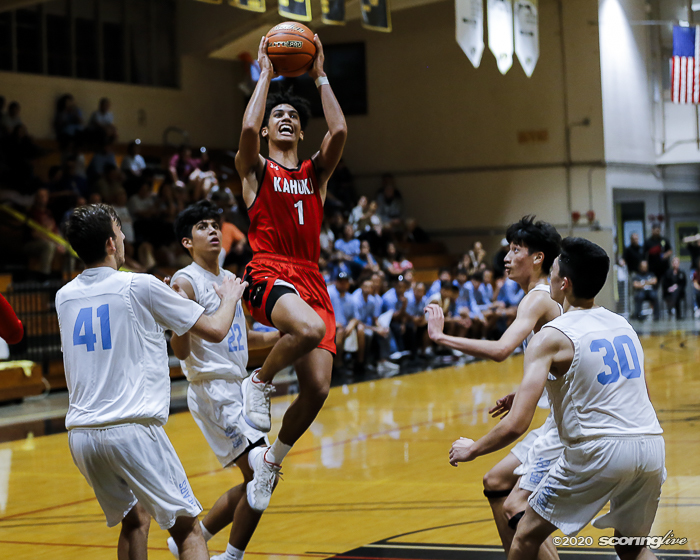 Reid is quick as a blur, deadly in transition, and dictates the tempo to make the Big Red machine run. One of the longest tenured Red Raiders, Akana looks for him to step up as a leader.

"I think he's going to be the main leader, he's been on the team the longest, most experience as far as basketball-wise on and off the court and leadership wise," Kahuku coach Brandyn Akana said.

Reid was tied second with Amari Westmoreland-Vendiola in scoring for their team (10.0 ppg) and was the team's best free throw shooter, shooting 75.3 percent on the season.

In their state quarterfinal win over Baldwin, Reid pushed the ball in transition in the second half and it was contagious for the rest of the team as he finished with a game-high 18 points and was 10 for 10 from the free throw line to help Kahuku pull away from the Bears late. He finished the state tournament with 20 points in the third place game against Damien.

Named as an Oahu Interscholastic Association East Honorable Mention, Reid should have an increased load following the departures of Oscar Cheng, Lokana Enos, and Robbie Sauvao to graduation.

"For Shon, it's going to have to happen on offense and defense. I expect the same effort. He's going to do that with his speed and experience and he will help us totally with that. He's improved being more vocal. We want him to take it on more, especially as a leader and be more vocal to the guys. He's come a long way," Akana said.

Although it returned just one starter from the previous season, Leilehua went 9-1 in the OIA West and...