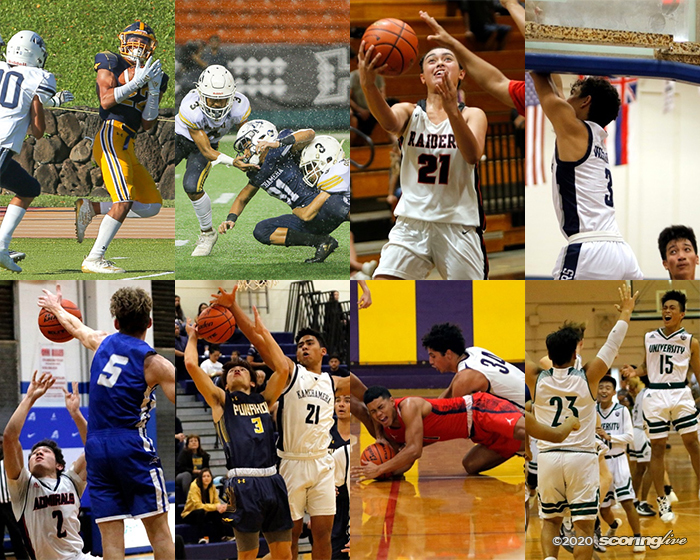 I've been writing for quite some time and I had the opportunity to expand my skill set and shoot pictures this past season. It was a great learning experience and I embraced the challenge of trying new things. I was hoping to carry that momentum into the spring season and was bummed it came to an end due to the pandemic.

Here are some of my favorite pictures I took from this past school year. 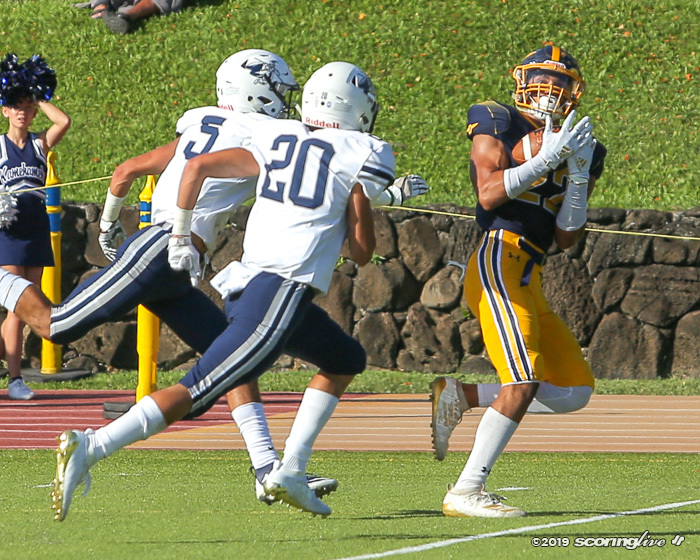 This was the first time using the camera and I was nervous and excited at the same time. Before this shot, I was still trying to feel my way around throughout the game. With good timing and a lot of luck, I was able to capture Punahou's Koa Eldredge (22) scoring one of his two touchdowns in the fourth quarter to thwart the Warriors on a hot, sunny day at Alexander Field.

No. 14 Iolani holds off undermanned Kaimuki 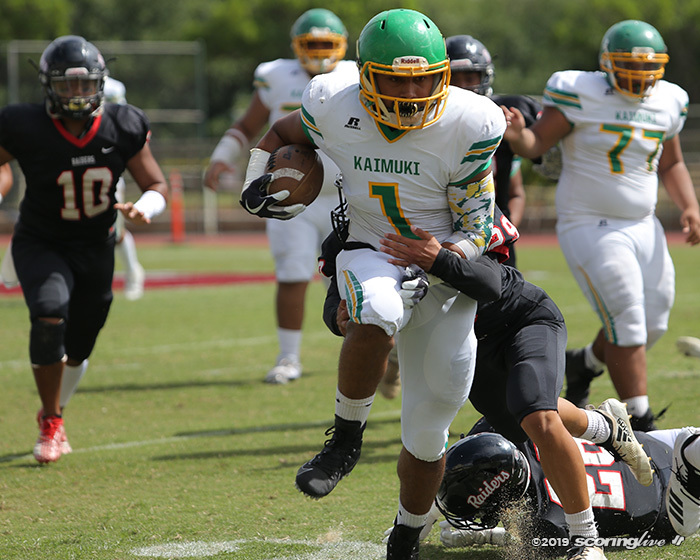 A week later I shot another game in the hot afternoon sun, this time at Kozuki Stadium. Although the Raiders got the win, Naomas Asuega-Fuaalaau was such a workhorse for the Bulldogs and I liked this picture because it summed up what he did to opposing defenses. 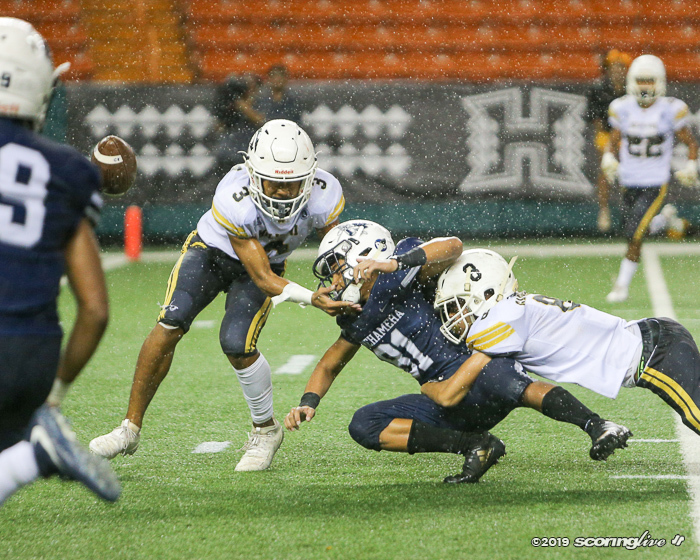 The weather wasn't bad until the second half. Rain and electronics don't mix very well and I learned that the hard way. However, I was able to catch Jarin Kalama forcing a fumble which summed up the evening for the Trojans in their shut out win. 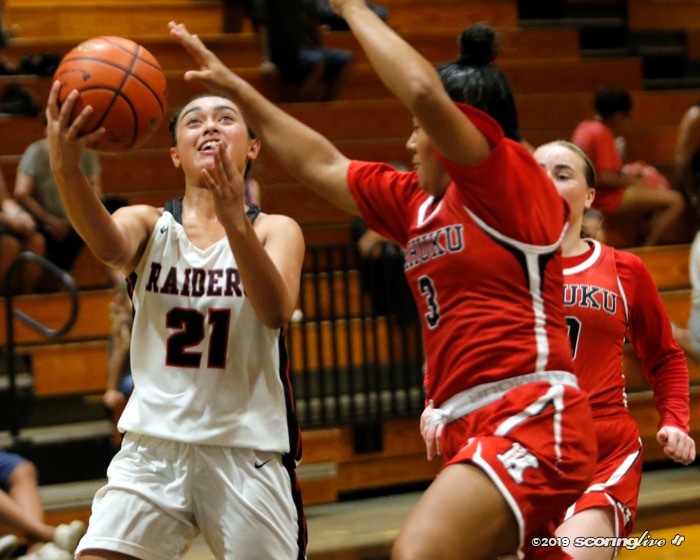 I was practicing shooting pictures for basketball and no better way than to practice at a preseason tournament featuring some of the best teams in the state. Jovi Wahinekapu Lefotu was probably one of the most improved players in the state and Kahuku doesn't allow easy baskets. After I snapped this picture, she absorbed the foul and proceeded to make her free throws. 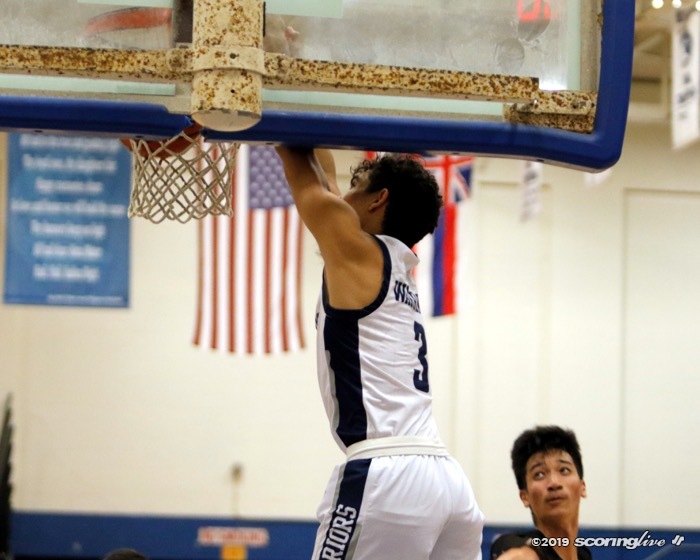 Kordel Ng isn't the biggest player on the floor, but he can get up. This was a really high-scoring game. I think this happened in the fourth quarter where Kordel drove from the wing and just exploded. In this picture, his head is almost touching the bottom of the backboard! 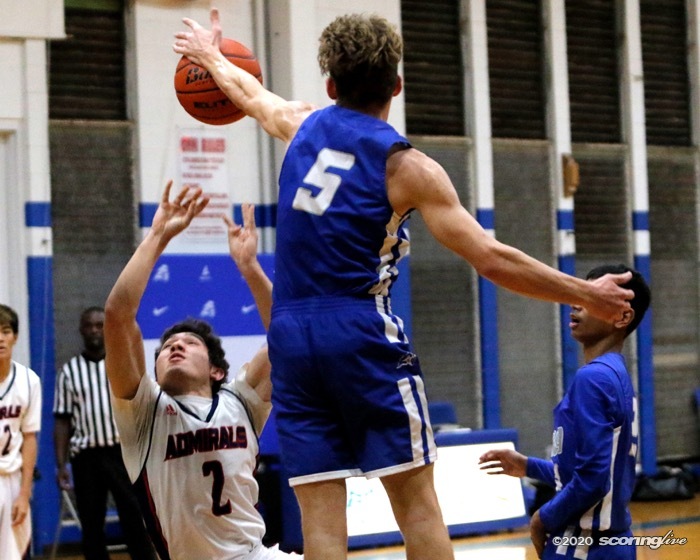 In all my years at ScoringLive, this was the first time attending an ILH Division III basketball game. I'm not sure if Assets' Ian Canute was fouled on the way to the basket, but HMA's Jared Moran (5) was there to swat it away. Regardless of what happened, this is one of my favorite shots from the basketball season. 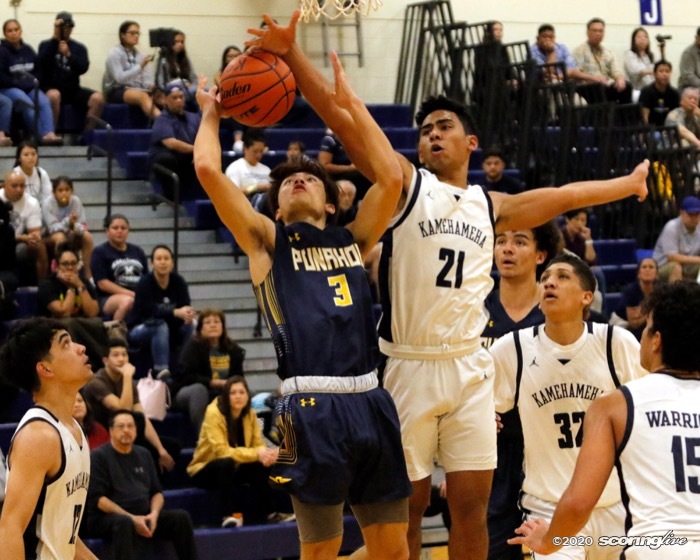 Before Christmas Togiai erupted and stole the show with 27 points, I liked this picture because it showed Kamehameha got it done on defense. Bailey Lee, EJ Kapihe (21), and Xavier Lever (32) made scoring inside the paint very difficult for opposing teams. 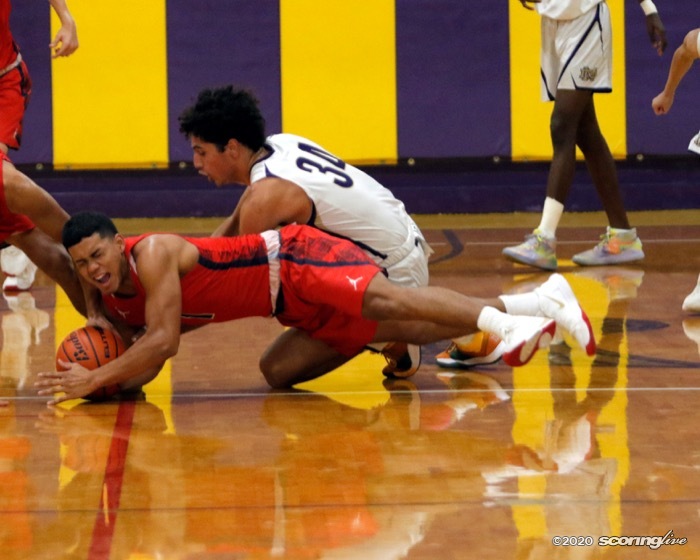 Although Saint Louis came up short, I thought this team really improved throughout the course of the season and other teams in the ILH dreaded to play them. This picture of Jayden de Laura (1) and Tino Atonio (34) diving for a loose ball showed each possession was intense, especially in the single-elimination tournament. 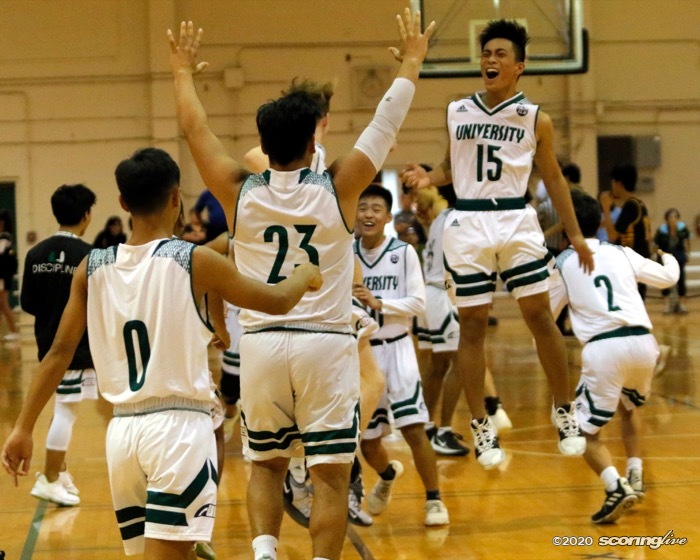 Everything was on the line for the final state berth. It took a while, but I finally got a celebration "jube" shot and I was able to capture Josh Ancheta (15) jumping for joy and Laitlin Bradley raising his arms in victory.