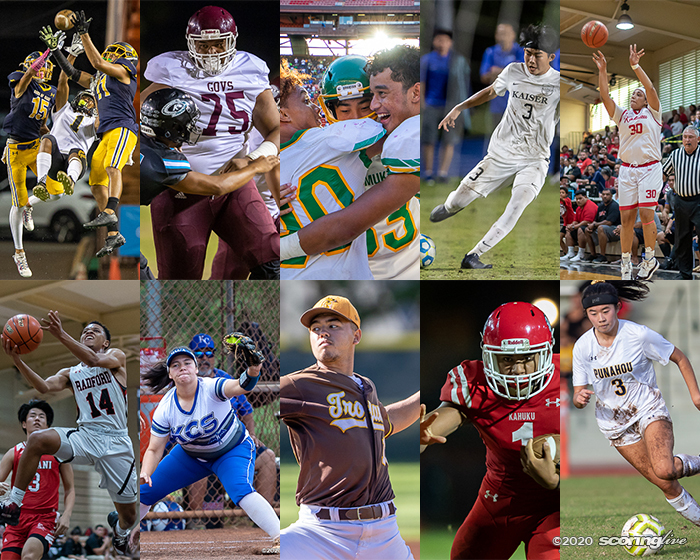 Decided to add an entry to the "Through the lens" series, or in my case, through the PRIME lens.

For those that are not familiar with photography terms, a prime lens has a fixed focal length as oppose to a zoom lens which allows the photographer to go from a wide to a tight shot without even moving physically.

What this did for me during the 2019-20 (shortened) sports season was force me to not be a lazy photographer and really think about my positioning on the field/court and to be constantly moving instead of staying in one spot.

Below are some of my favorite photos that I took during the school year, as well as some commentary about each one. Hope you enjoy the set. 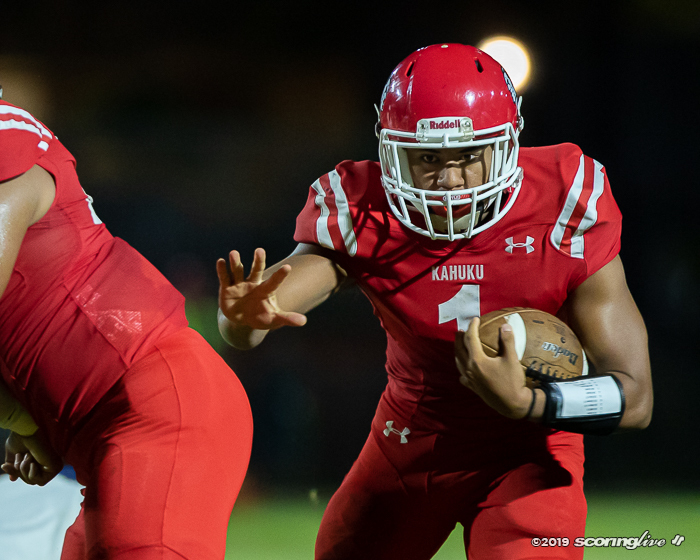 The end zone is the Red Raiders' zone

This was the first game that I shot with a 300mm f/2.8 lens that I picked up and I was really impressed with how it performed. In this shot we have ATH Mana Fonoimoana-Vaomu running in a touchdown against Kamehameha in the season opener. I just love the shadows in this photo, especially on Fonoimoana-Vaomu's face, which makes this shot look really dramatic. 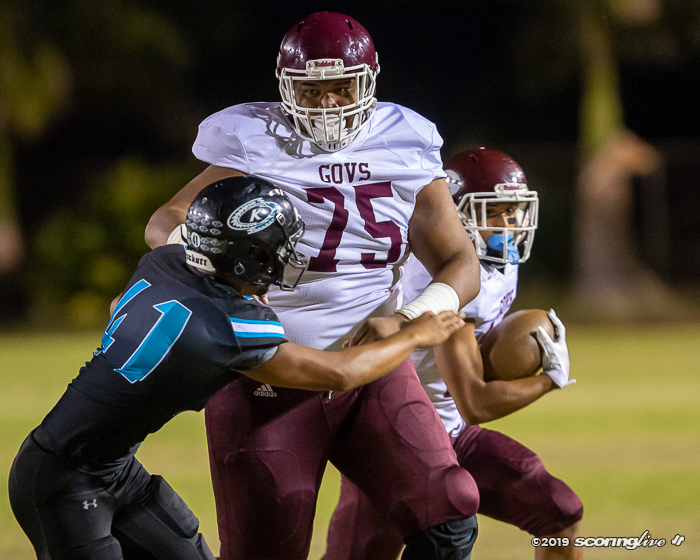 This photo is from Farrington's first win of the season, where the Governors just pounded the rock and controlled the clock to manhandle Kapolei, 22-8. Farrington running back Raymond Millare carved up the Hurricanes' defense for 171 yards and two scores, which was made possible by the offensive line led by Oregon-bound Faaope Laloulu (75), who very much looks like his listed 6-foot-6 frame in the image. 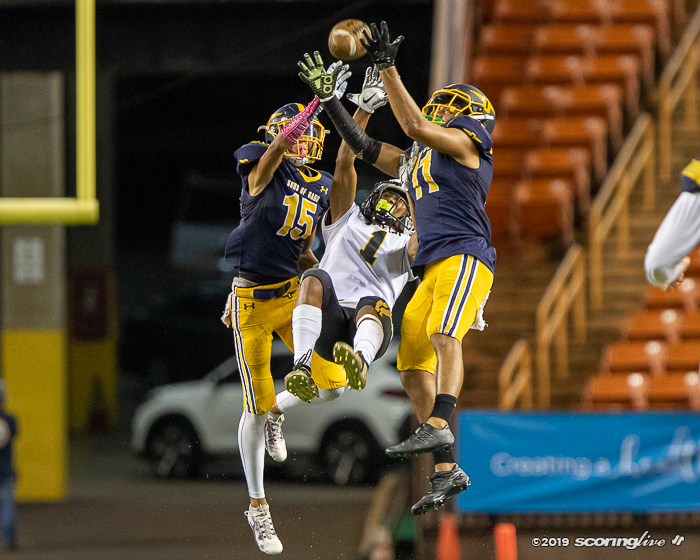 The inter-league game between Punahou and Mililani had a combined three points scored, which meant that defense was the story of the night. I like this shot because tracking the ball in the sky is usually hit or miss, so to be able to nail focus from the back of the opposing end zone was a cool moment. 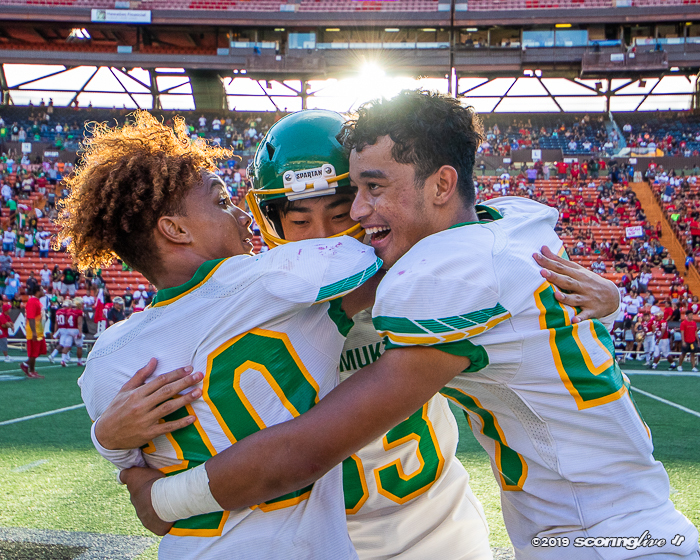 The sun shines on Kaimuki

Championship celebration photos tends to be a mad dash to get the same shot every time, so I am glad at how this one turned out. Kaimuki's Kurt Kawamoto (middle) just kicked the game-winning field goal to give the Bulldogs' the OIA Division II championship win over Roosevelt. The thing that stands out to me is how the setting sun to the west of Aloha Stadium gives a nice back light to this touching moment as Kawamoto is greeted by two teammates. 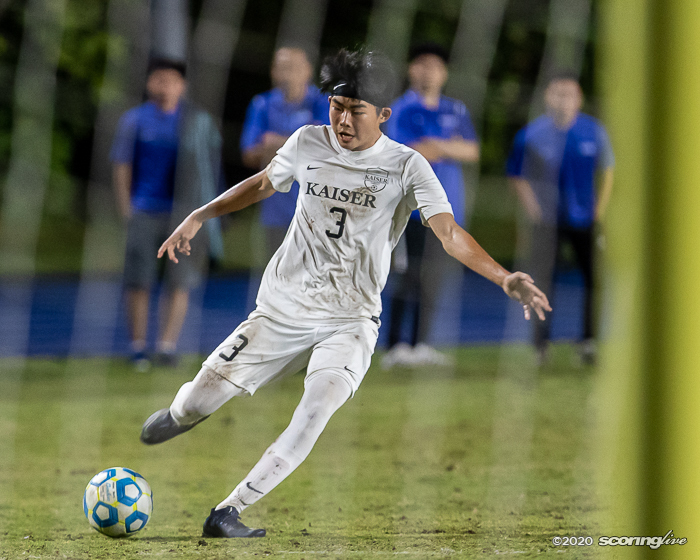 Thinking about shot composition while shooting sports almost always goes out of the window because you're limited on your positioning and the action, but sometimes things work out to give you an all-time great shot. Here is Kaiser's Ian Ngonethong shooting a shot on goal against Moanalua. What makes this one of my favorite photos of the year was because I shot through the goal netting and was able to nail focus to give that lattice effect in the foreground. 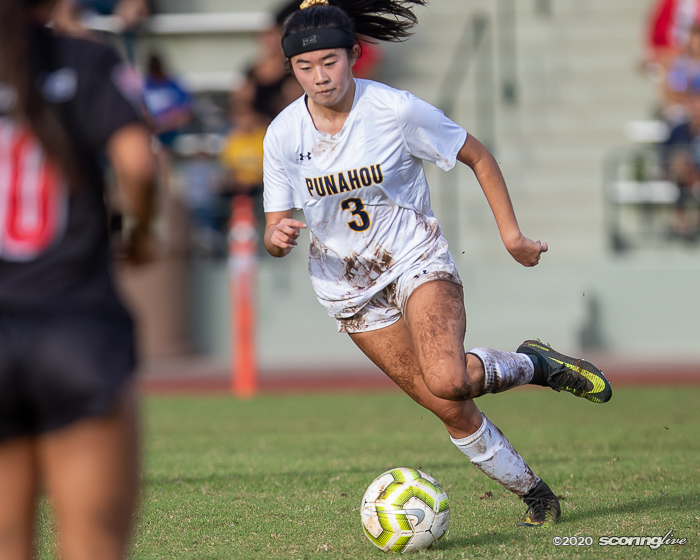 Before I talk about the shot, I just want to point out that this match had a frantic finish with Iolani scoring the equalizer in the 78th minute before Punahou got the game-winner just seconds before the match concluded. An epic game indeed, which had some elements involved with rain and mud. In this photo you can get a feel for the conditions with the brown mud contrasted on the white jersey of Punahou's Kelsey Shintaku.

From outside the arc

This photo is from the OIA Division I girls basketball semifinals between Kahuku and Mililani. Pictured is Maya Claytor, the Red Raiders' 3-point specialist who can drop bombs from the outside. My favorite part of his image is the crowd reactions in the background with some Kahuku fans sticking up their hand to signal the officials' hand gesture when someone shoots an outside shot. 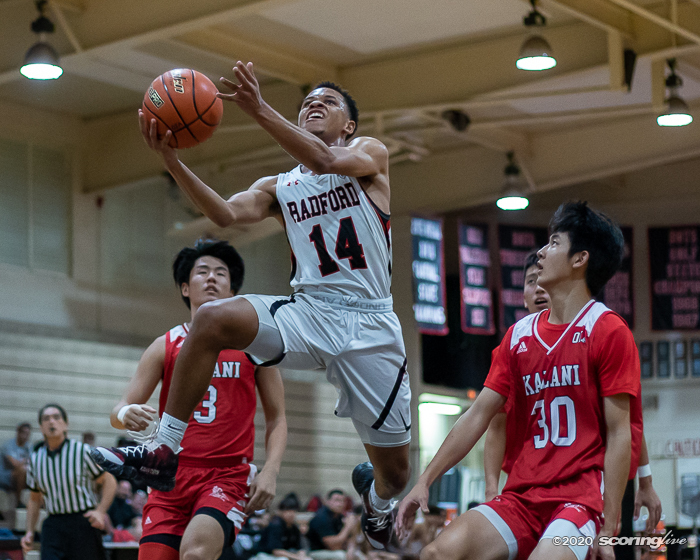 Rams in the air while Falcons grounded

I love this fast break image of Radford's Therial Grover skying in for a layup against visiting Kalani in a first round playoff game in the OIA tournament. The lighting is also well on Grover's face in a gym that is generally dark. I also like how Grover is flying in the image while the three Kalani defenders are on the ground watching the action go. 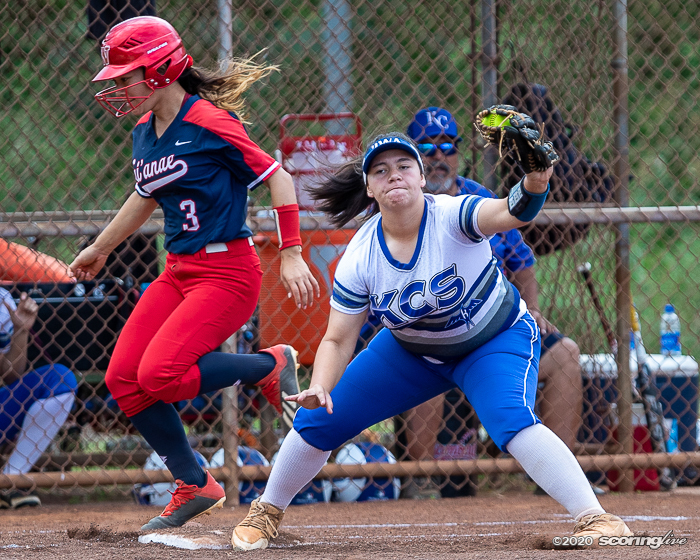 This photo was from the first-ever regular season game by the newly-minted softball team from Kapolei Charter School. It was a historic game for obvious reasons, but also bittersweet knowing that the Iwa's inaugural season was abbreviated. Still, KCS showed that it could hang in its close 4-3 loss to Waianae. 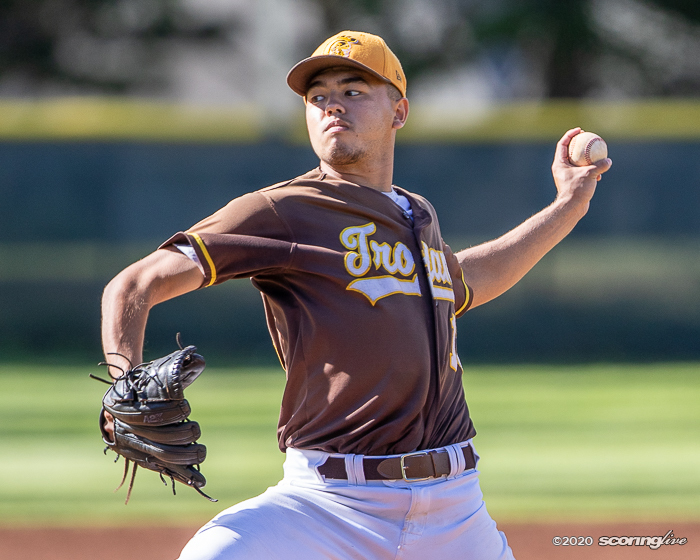 The beginning of the end

The final game that I got to take pictures at was Mililani's season opener against visiting Campbell. I still remember seeing the news that the NBA was suspending its season during one of the earlier innings, but enough about that. The Trojans' Joshua "Anu" Reis had a dominant showing in five innings with 11 strikeouts against just one hit. The reason why I chose this photo is because it's not like the typical pitching photos where it's the pitcher behind home plate, but this one is more of at an angle near the first base dugout. The lighting and shadows change direction because of it, which helped to provide another dramatic shot.

A look back at the HHSAA Division I championship matchup between the Knights and the Owls that took place...