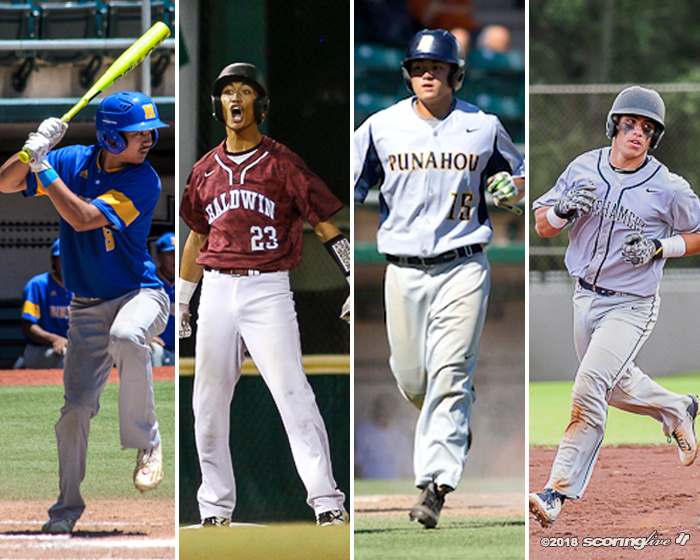 Five players with ties to Hawaii were taken over three days and 40 rounds of the 2018 Major League Baseball First-Year Player Draft.

It was the fewest picks since 2012 and 1989 when Hawaii had only four selections. The five picks this year matched 2016.

Recent Hilo High School graduate Micah Bello, an All-Hawaii First Team outfielder, was the highest pick at No. 73 overall by the Milwaukee Brewers in the Competitive Balance Round B, which followed the second round on Monday. He is the highest Hawaii high school pick since Waiakea's Kodi Medeiros was the 12th overall pick by the Brewers in 2014.

"I'm signing," said the Brewers' third pick on Day 1 of the Draft to the Hawaii Tribune. Micah Bello had a scholarship to St. Mary's but will play pro ball instead. https://t.co/3Cu1ib7GJ0

No one from Hawaii was drafted Tuesday from rounds 3–10.

On Wednesday, Baldwin's Anthony Hoopii-Tuionetoa, the All-Hawaii Player of the Year, was taken in the 16th round (pick No. 484 overall) by the Minnesota Twins.

#MLBDraft Coach Shane (@teampono) Dudoit told me moments ago @hpbaldwinhs baseball's Bubba Hoopii-Tuionetoa will travel to Florida this weekend to sign with Minnesota @Twins, who selected him in 16th round. #ReadAllAboutIt in @MauiNewsSports Thursday. @MatthewDSimon @JordanHelle

Stanford second baseman Beau Branton, a 2014 Punahou graduate, was picked in the 28th round (No. 838) by the Seattle Mariners.

Shortly after in the same round, University of Hawaii catcher Kekai Rios, a 2015 graduate of Kamehameha, was picked by the Brewers (No. 845). He was a 2015 All-Hawaii Second Team selection.

The last player drafted with ties to Hawaii was UH redshirt sophomore pitcher Dylan Thomas, who was taken in the 38th round (No. 1,144) by the Twins.

Just talked to #HawaiiBSB C Kekai Rios. He's set to sign with the Brewers. They're looking to offer him six figures. He turned down the Royals for 75k but 100k is a great number.