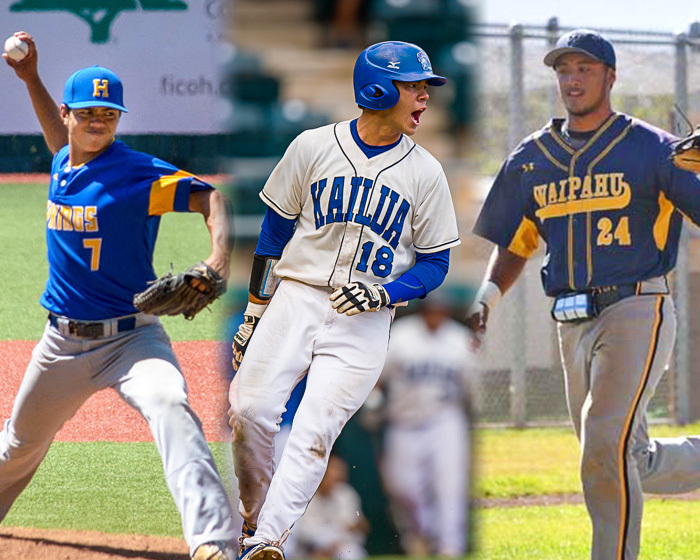 Hilo's Joey Jarneski was selected in the 12th round (374th overall) by the Texas Rangers. The right-handed pitcher was slated to pitch at Connors State College in Oklahoma with plans to transfer to the University of Kentucky.

Kailua's Joey Cantillo, a left-handed pitcher, was taken in the 16th round (468th overall) by the San Diego Padres.  He attended a Padres pre-draft workout about a week ago.  He is ScoringLive's All-Hawaii Player of the Year and much like the previously mentioned Joey (Jarneski), Cantillo had plans to join the University of Kentucky.

Waipahu utility player Kobie Russell was called in the 17th round (519th overall) by the Toronto Blue Jays. He pitched and played shortstop for the Marauders, but was drafted as a catcher. He was signed to play for three-time defneding NAIA National Champion Lewis-Clark State College.

Punahou outfielder Cole Cabrera was taken in the 37th round (1099) by the Tampa Bay Rays. He has signed with Cal Poly.

Others with ties to Hawaii taken were:

The five teams in Division I will play a four-game regular season, while the six Division II teams will...

The Raiders scored in all three phases of the game in the first half to improve to 4-0 overall.

The sophomore wide receiver recorded nine catches for 172 yards, including TD receptions of 24, 15 and...

Monarchs edge Wolfpack, 27-21, rally to second win in a row