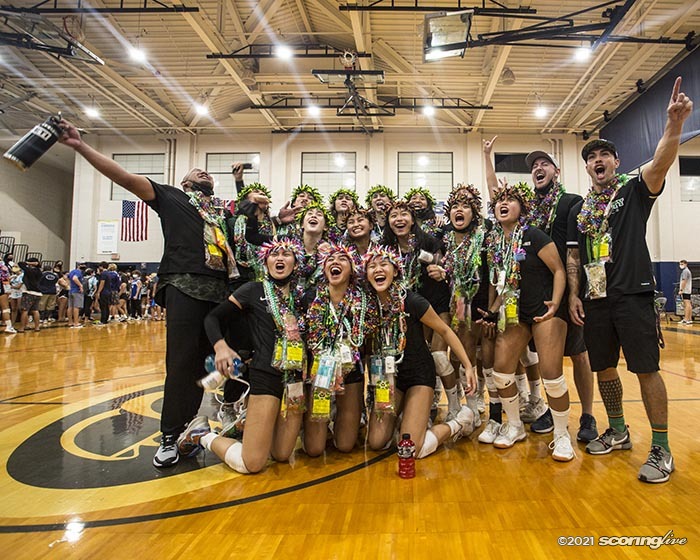 it was close match throughout, but in the decisive fifth set University Lab jumped out to a 4-0 lead and looked poised to run away with the set before Le Jardin rallied to within a point on a Ryli Kalahiki kill at 6-5.

From there, the Junior Bows went on another mini run, pushing the margin back to 10-5. Down the stretch, Le Jardin only found two more points in the remainder of the final set, while Ah Yat had three consecutive kills in a stretch to get University lab to match point.

Riley Diersbock put down her match-high 25th kill to keep the home teamʻs hopes alive, but Tong found Chazmine Oda for the kill on the next play to end it.

The service line was a key weapon for University Lab, to the tune of 16 points via the ace in the match, compared to Le Jardinʻs five.

Le Jardinʻs front line made up for the lack of punch at the back line, out blocking the smaller Junior Bows, 17 to 3.

The Bulldogsʻ duo of Diersbock and Sydnee Walker combined for 43 kills, and Genezia Hawkins dished out 43 assists in the loss.