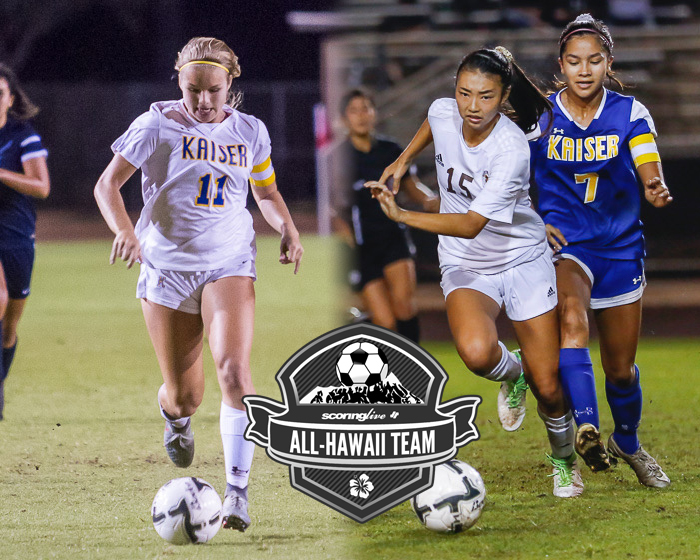 The Cougars' striker and Trojans' center back were tops at their respective positions. ScoringLive photo illustration 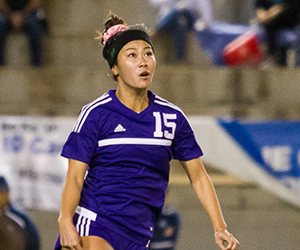 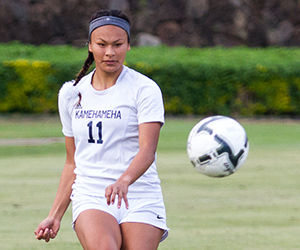 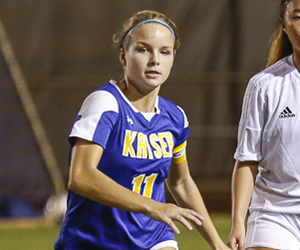 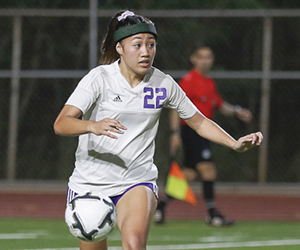 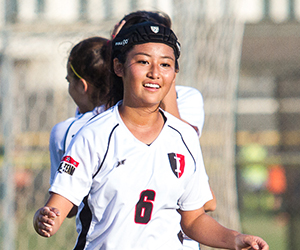 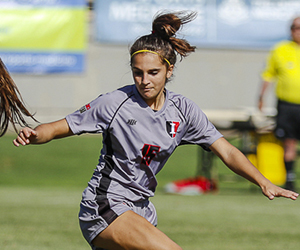 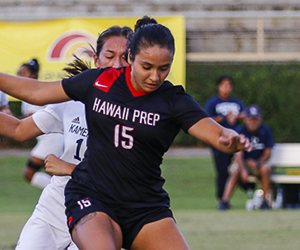 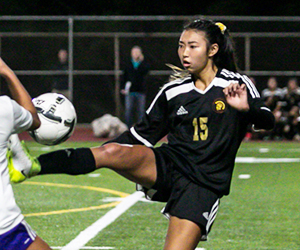 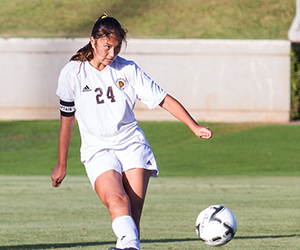 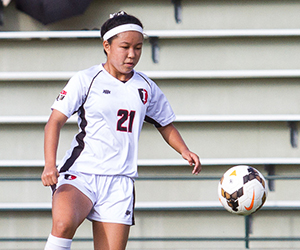 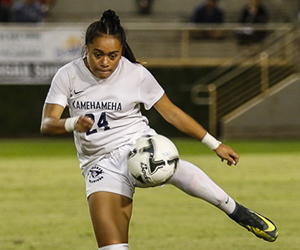 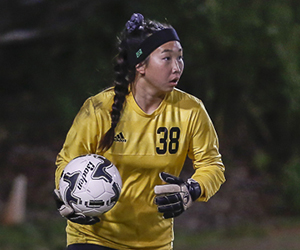 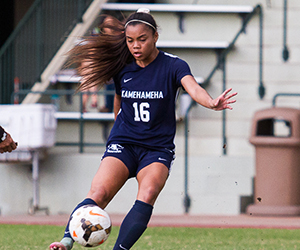 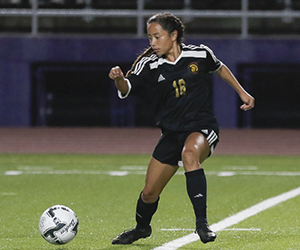 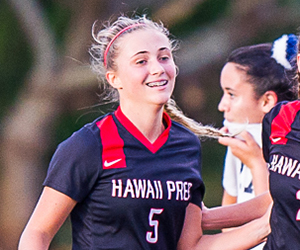 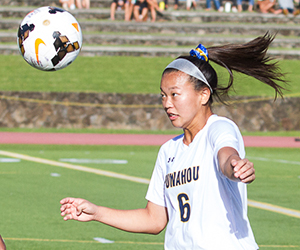 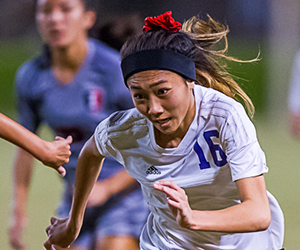 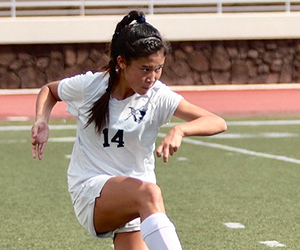 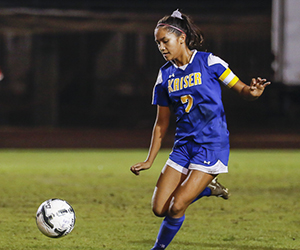 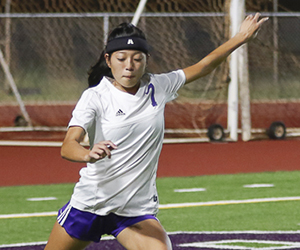 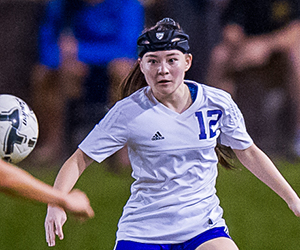 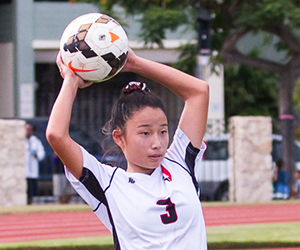 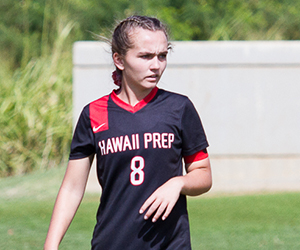 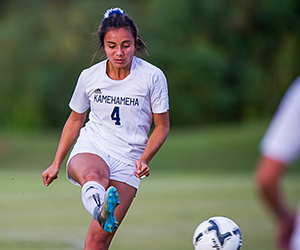 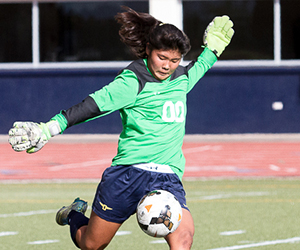 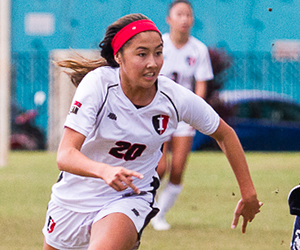 Offensive Player of the Year: Kaile Halvorsen, Kaiser, forward, Sr.
Whenever Kaile Halvorsen touches the ball on the pitch, something special is bound to happen.

The Kaiser senior striker, who scored a state-leading 31 goals and had six hat tricks this season, was chosen as the 2018 All-Hawaii Girls Soccer Offensive Player of the Year.

Halvorsen, who earned First Team All-Hawaii honors as a freshman while playing for Punahou, overcame knee injuries in her sophomore and junior years to power the Cougars to a 13-5 record this season.

Her 31 goals scored matched her entire career total for her first three years as she led Kaiser to the Oahu Interscholastic Association Division I title game and a semifinal appearance in the Queen's Medical Center state tournament.

"As soon as she gets the ball, she's a threat," Kamehameha coach Missy Moore said on Halvorsen. "Her finishing ratio has to be like 8 out of 10. She's able to finish goals that I don't see many high school players finishing. Her ability to put the ball in the back of the net is outstanding."

Halvorsen's proficiency with the ball wasn't just limited to finding the back of the net as she constantly looked for the Cougars' best scoring option and dished out 21 assists.

"She knows that she would get double-teamed, (so) she would find her targets and her teammates, and I think that's why she was more multi-dimensional as a offensive player. To me, that kind of player is more valuable because they look at what's available to the team and not just about individually scoring."

Halvorsen will continue her playing career at Santa Clara University.

With so many top defenders in the state, there was one thing that set Mililani's Jodi Lillie apart from everyone else – speed.

The Trojans' center back was tasked with marking the opposing team's best weapon every game and is the 2018 All-Hawaii Girls Soccer Defensive Player of the Year.

Lillie, who was a Second Team All-Hawaii selection a season ago, was pivotal in Mililani's third straight run to the OIA Division I title as she helped the Trojans shut down Tokunaga and Halvorsen, two of the top goal scorers in the state, in two games in three days.

Very few teams scored on Mililani when Lillie was defending as Mililani posted 12 total shutouts in 17 games and finished third in the state tournament.

"She prevented a lot of scores, not too many teams will get past her," said Akiona. "Jodi has exceptional speed and she also has a strong leg. She was the last line that nobody past."

Not only did Lillie individually neutralize threats, but she was also a consummate teammate that kept everyone calm and collected.

"She definitely took control of the back," said Akiona. "She was the nucleus that everyone kind of worked around her, and she was able to direct her team and her teammates really liked working with her."

"She's extremely soccer smart and her soccer IQ is brilliant," added Kapolei coach Brian Beck. "I like that she loves to develop players around her. Her attitude and personality on and off the field made other players really comfortable to take direction from her while on the pitch."

Lillie, who will play collegiately for the Vulcans at the University of Hawaii at Hilo, edged out teammate Karlin Wurlitzer, Kamehameha's Tausani Tavale, Iolani's Kelsey Wong and Pearl City goalkeeper Naomi Takata for the award.

Iolani did it again.

Despite nearly missing the state tournament and getting eliminated in the first round, the Raiders defended their Division I state title and won their sixth state crown this Spring.

Iolani did not go undefeated like it did a season ago, but the Raiders got hot when it really mattered.

While 2017 Offensive Player of the Year in Kylee Kim-Bustillos played a big role in the Raiders' title last year, this season's squad was a total team effort.

Some of the notable players include:

-holding midfielder Sierra Wheeler, who recovered from a thigh injury to help the Raiders clinch the final Interscholastic League of Honolulu state berth into the D1 tourney over Punahou

-outside back Taylor Arakaki, who was also a weapon with her throw-ins on set pieces, assisting on Sasha Asselbaye's header over Punahou to extend Iolani's season

-goalkeeper Musuai Isaia, who made two big saves to help the Raiders edge Moanalua in a penalty kick shootout in the first round of the state tourney

-sophomore Mia Watanabe, who matched her regular season scoring in the state tournament with four goals in three days to power Iolani to the state title.