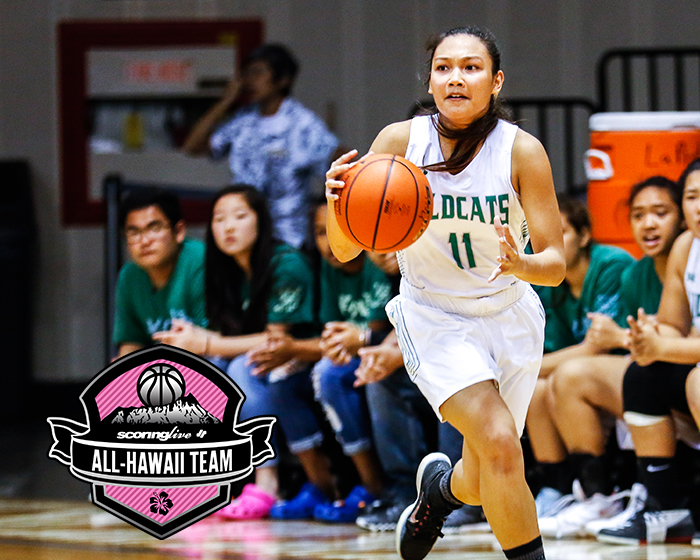 Konawaena guard Cherilyn Molina brings the ball up the floor against Lahainaluna in a Division I semifinal game. CJ Caraang | SL

Co-Coaches of the Year: Bobbie and Dawnyelle Awa, Konawaena 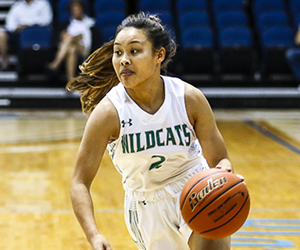 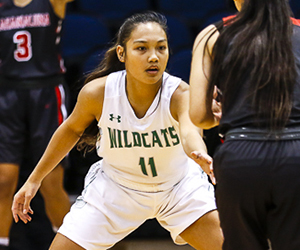 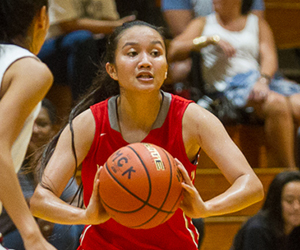 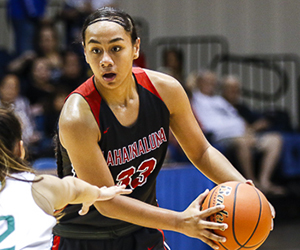 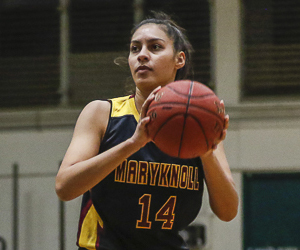 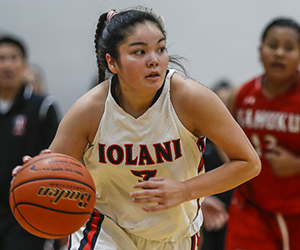 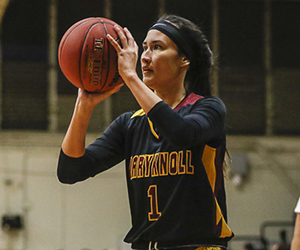 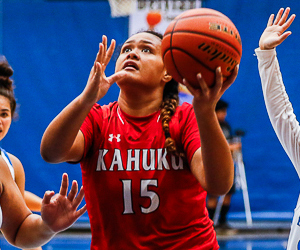 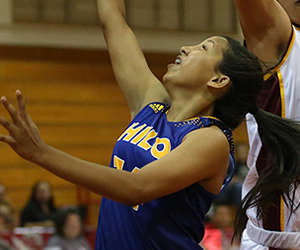 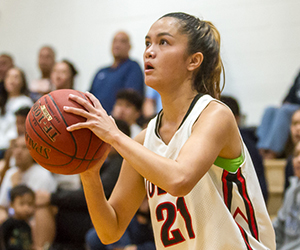 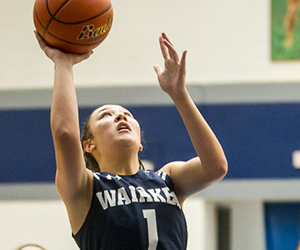 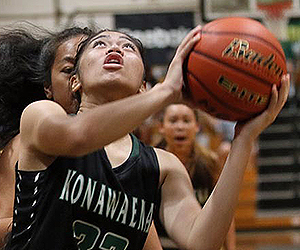 Konawaena guard Cherilyn Molina is the ScoringLive All-Hawaii Division I Girls Basketball Player of the Year after guiding the Wildcats to their fourth consecutive state title last February.

Older sister Chanelle may have won the award three straight times, but the 5-foot-5 senior can relish in the fact that she helped Konawaena win the ultimate prize in all of her four high school years.

"She was an ultimate competitor," Iolani coach Dean Young said of Molina. "When the game was on the line, she had a determination and desire to win that was impressive."

With young players growing into their roles, Molina remained steady at the controls to help the Wildcats go undefeated during the regular season and state tournament.

"She was a rock for them," said Maryknoll coach Chico Furtado, whose team lost to Konawaena in the state final the past three years. "I just think when you have somebody that can give you that kind of steadiness on the floor, making good decisions, making clutch free throws, that's what made their team so awesome.

"Point guard play is so important in winning close games and winning big games. It's clear with them who's in charge of that team, and that's Cherilyn."

Molina, who averaged 17.3 points per game on a 42.5 percent shooting clip and shot 17-for-25 at the free throw line in the state tourney, will play collegiately for the Washington State University Cougars where she will join older sisters Chanelle and Celena Jane.

Co-Coaches of the Year: Bobbie and Dawnyelle Awa, Konawaena

Konawaena continued its championship dynasty with a 47-32 win over Maryknoll, who was the top-ranked team for the entire season, in the Division I final to win their ninth state crown.

Even though the Wildcats won the past three state titles, very few outside of the Konawaena faithful predicted that they would have won their fourth consecutive championship.

If there was one thing that defined Konawaena in this title run, it was in its ability to make second half adjustments.

In three of their last four games of the season, the Wildcats were able to outscore the opposition, 44 to 5.

As the old saying goes: "it's not how you start, it's how you finish."