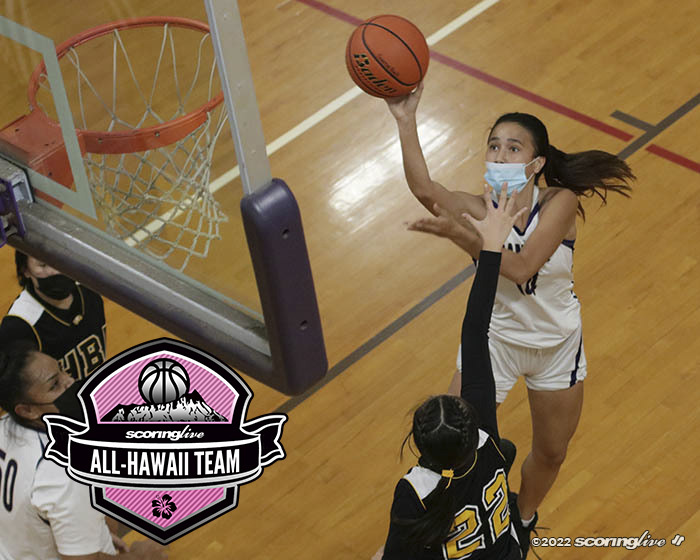 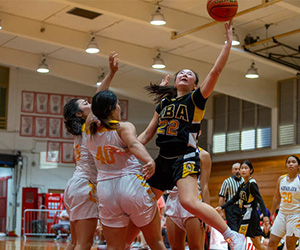 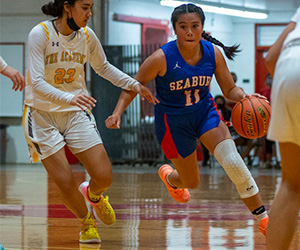 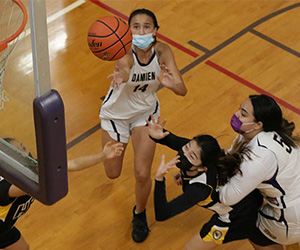 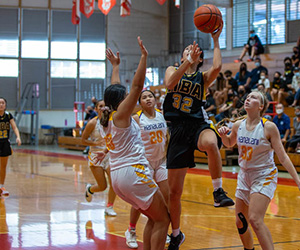 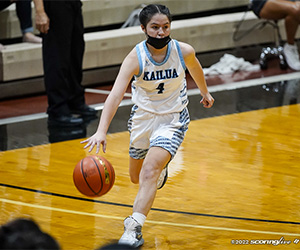 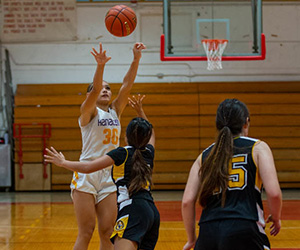 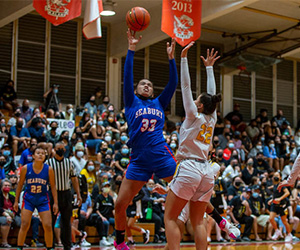 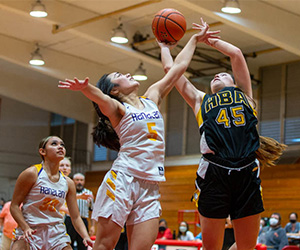 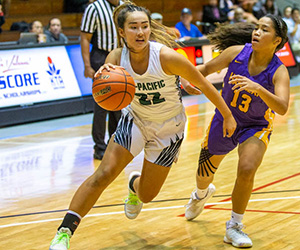 Theresa Anakalea was every opposing coach's nightmare. With the ability to shoot over defenders and the drive to get to the basket at will, the junior guard averaged 19.7 points per game while knocking down 33 treys and shot 51-for-79 from the free throw line in 15 games for the Damien girls basketball team. Anakalea also helped the Monarchs earn their first ILH D2 title in program history as they went 12-1 through league play. Her best performance of the year came in the state quarterfinals against Sacred Hearts when she knocked down eight 3-pointers and finished with a season-high 33 points. This is also Anakalea's second time being named to the All-Hawaii D2 First Team.

Nagging injuries during the season and a three-game skid to end ILH play did not deter the Hawaii Baptist girls basketball team from accomplishing its goals. Under coach Robin Yamaguchi, the Eagles captured their third state title in program history last February. HBA were led by junior forward Joey Lin, who earned most outstanding honors in the state tournament, and senior guard Emi Wada. Both players earned All-Hawaii First Team honors. Senior forward Hayley Taka was also selected to the second team.