Villa took Kahuku to another level

Kahuku's Jessiya Villa puts up a shot attempt in a preseason contest against Kamehameha on the road. Peter Caldwell | SL 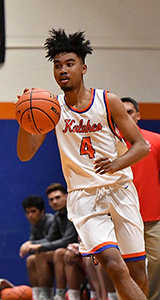 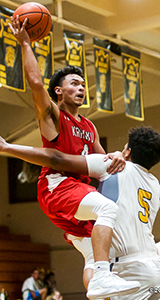 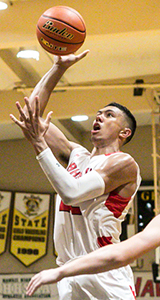 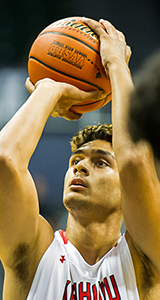 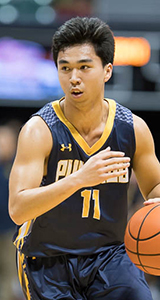 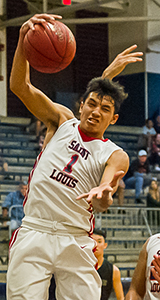 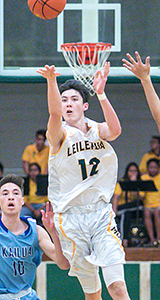 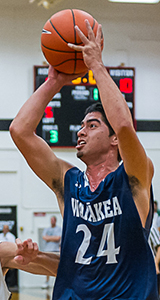 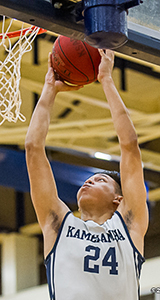 Player of the Year: Jessiya Villa, Kahuku, G, Sr.
Jessiya Villa owned the keys to the best team in the state, and he didn't disappoint.

The Kahuku point guard was exceptional in the final year of his prep career and was selected as the ScoringLive All-Hawaii Division I Boys Basketball Player of the Year after leading the Red Raiders to their first Division I state title in late February.

Night in and night out, Villa pushed the tempo and played at a pace that very few teams could keep up with.

"He made that team go," Roosevelt coach Steve Hathaway said on Villa. "He's the fastest point guard I've seen in years. Without him I don't think they win the state title, that's how important he was."

When Villa wasn't threatening defenses in transition, he was composed in the half court. Villa was always in control and always seemed to make the right play on offense.

If an opening in the lane presented itself, Villa was quick to attack and was strong enough to finish through contact. If other teams focused their energy to defend the drive, Villa had the skill to sink a floater or a midrange jumper. When there was no available shot, Villa could dish it off to a wide-open teammate for an easy bucket.

For a Kahuku team that had many elite defenders, Villa's acumen on offense was the jolt the Red Raiders needed to get over the state tournament hump.

"It all really starts with his vision of the court," said Kailua coach Wally Marciel. "He pushed the ball up the court tremendously and he had the vision and passing skills to find guys open. That's what made that team, he made everybody better."

Villa's value to the team couldn't be more evident when he missed the Red Raiders Oahu Interscholastic Association Division I semifinal game against Marciel's Surfriders to recover from a concussion. Kahuku defeated Kailua with ease in the regular season, 53-37, but trailed the Surfriders for most of the rematch before rallying for a 42-40 win.

"They were a completely different team the second time we played them," said Marciel. "Villa was the core of that team and he made that team run. He was the engine that just moved them along."

Villa is joined on the First Team by teammates Samuta Avea and Daniel Fotu. The First Team is rounded out by Kalaheo's Captain Whitlock and Iolani's Hugh Hogland, the previous Player of the Year.

Coach of the Year: Jason Justus, Lahainaluna
The Lahainaluna boys basketball team did something for the first time in 60 years in 2017 — advance out of the state quarterfinals.

Under the guidance of coach Jason Justus, the Lunas were able to compile a 24-2 record en route to a third place finish in the Division I state tournament.

"He teaches his players to play the game the right way," Leilehua coach Russ Fitzgerald. "(They) do the little things that it takes to win. Not just ‘stat plays,' but game-winning plays. His players reflect him: tough, driven and smart."

Lahainaluna went undefeated in the Maui Interscholastic League and suffered their lone losses of the season in a non-league contest against David Douglas (Portland, Ore.) and eventual state runner-up Punahou in the Division I semifinals.

The Lunas then capped their exceptional season with a 60-58 win over 2016 state champion Iolani, and did it without MIL Division I Player of the Year Jeremi Santos in the lineup.

"They play together," Kailua coach Wally Marciel said on the Lunas. "It's not one guy out there playing the game, they had all five guys working together. That was pretty impressive and they worked the ball well."